AID and the Afghan Cotton Saga

Why would USAID not get behind an effort to turn Afghan farmers from poppy to cotton?

Why would USAID not get behind an effort to turn Afghan farmers from poppy to cotton? 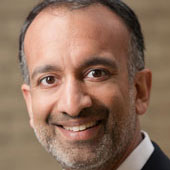 In January 2010, three weeks before U.S. Marines pushed into Marja, a Taliban enclave in southern Afghanistan, Colonel Randy Newman asked his staff to organize a briefing about agriculture with the smartest guy they could find.

The call went to Wes Harris, a sturdy, mustachioed agricultural extension agent from southeastern Georgia who was the U.S. Department of Agriculture representative at the Marine headquarters in Helmand province. He found himself in Helmand because Richard Holbrooke, the State Department’s point man for Afghanistan, had prodded Agriculture Secretary Tom Vilsack to send farming specialists to the war front.

He didn’t speak Pashto or know much about Afghan history. But when he talked to farmers — with the aid of an interpreter — they quickly found common ground.

Harris had dirt under his fingernails. He knew more about farming than any USAID officer in Afghanistan, and because the soil and climate in Helmand were similar to that of southern Georgia, he had a keen sense of what would — and wouldn’t — grow in the province.

Colonel Newman, a rangy infantryman who wore large glasses, had grown alarmed by satellite images indicating that Marja was blanketed with poppy, and he asked Harris for his thoughts on alternative crops. Harris had assembled twenty-one slides to illustrate his talk for the colonel and his senior staff, but it was the fifth one that piqued Newman’s interest.

Harris listed the income farmers made on a hectare of land from different crops, after the costs of seed, fertilizer, labor, and taxes were subtracted. Poppy, of course, was the most lucrative. But the closest competitor was a surprise to everyone in the room. It was cotton.

“Why aren’t we doing that?” asked Newman, who had grown up on a farm in Indiana.

Harris had been in Afghanistan for only a month. “I think this is one of the ways forward,” he said.

A USAID representative at the meeting reported Harris’s comments to agency officials. An hour later, AID sent an e-mail to Newman asserting that cotton was not a viable substitute for poppy because a government-run cotton gin in the nearby city of Lashkar Gah had lost $3 million in 2008.

The claim seemed fishy to Harris. Based on the numbers he had crunched, there was no way the gin could have hemorrhaged that much money. Cotton was at record prices on the world market. There were also forty small, privately owned gins across the province. If cotton was so unprofitable, why did it interest so many local businessmen?

He didn’t have access to the gin’s books to see for himself. But his subsequent conversations with AID officials revealed what Scott had learned in the first years of the war: The agency hated cotton.

It wasn’t until September — eight months later and well after the window to plant cottonseed that year — that Harris saw the spreadsheet that had provided the basis for the $3 million claim. It had been assembled by Rory Donohoe, the top USAID official in Helmand, who was not an agriculture expert.

Harris soon spotted the problem: In converting expenses per kilogram to pounds, Donohoe had multiplied by 2.2 instead of dividing. And then Harris found another error: Donohoe had based his calculations on the world price for ginned lint cotton, not unginned seed cotton, which was how the gin compensated farmers — a mistake that had inflated costs by a factor of three.

Harris was livid. The most viable alternative to poppy had been torpedoed by USAID because of a couple of flawed calculations. Was AID so incompetent that nobody in the bureaucracy could recognize two simple mistakes? Harris wondered. Or was the agency playing fast and loose with the data to justify its long-standing aversion to cotton?

Either way, Harris figured he had his trump card. He identified the mistakes in an e-mail to the top Agriculture Department official at the embassy and waited for word that AID was rescinding its opposition. Instead, AID fired back with a new argument: Cotton requires too much water.

Not so, said Harris. Pakistan and Uzbekistan grow cotton more efficiently, and the competition would make it difficult for the Afghans to export their crop.

“Who cares?” Harris responded. “It’s something they know how to grow, and they’re good at it.”

Afghan weavers and cloth merchants wanted to buy much of the gin’s output. And, he noted, if foreign competition was so stiff, why were so many Pakistani buyers seeking Afghan cotton every year?

AID tried to argue that Afghan cotton was of inferior quality. Harris shipped samples back to the United States for analysis at the University of Georgia. Helmand cotton, he learned, “is as good as the cotton we produce.”

When AID claimed cotton required government subsidies, he refrained from asking, “If we do it, why can’t they?” World cotton prices were high enough to make the crop profitable without any help from Kabul. The only handout the farmers expected was minor — just free seeds from the processed cotton.

There was also the potential for microcredit: In the 1970s, the gin had provided farmers with cash advances so they could buy fertilizer. The money had been deducted from their payments when they brought in their bales. To Harris, there was no defensible economic argument against cotton.

Practical considerations also weighed in cotton’s favor. All those melons and vegetables that farmers were growing with cut-rate USAID-funded seeds had to be transported to markets before they spoiled.

But most farmers didn’t own trucks. They had to rent or borrow tractors and carts — if any were available — and then they had to hope that on the rutted dirt roads from their farms to the bazaars, their melons didn’t turn into melon juice.

Cotton needed no such tender care. Once picked, it could sit on farms for months. And there was no way to damage it, no matter how bad the roads. Harvesting cotton, like poppy, was labor intensive, providing employment for the same idle local men coveted by Taliban recruiters.

“We looked at cotton from every angle,” Harris said. “It just made sense.”

Finally AID raised the Bumpers Amendment, a law that forbids the use of U.S. funds to help foreign cotton producers. (It was designed to protect King Cotton.) Once again Harris had a rejoinder. The amendment, he insisted, prohibits only activities that impact American exporters.

“You cannot tell me that Afghan cotton is going to have any significant impact on U.S. exports,” he argued.

AID still refused to help. But Harris would not give up. He convinced a Defense Department task force seeking to improve Afghanistan’s economy to purchase new parts for the gin, and he persuaded the Marines — with Newman’s encouragement — to help farmers transport their cotton to the gin for processing.

The Marines even used their discretionary funds to buy a machine to compress cotton bales so farmers could fit more into their tractor carts. The assistance helped the gin restart in October 2010 — it had been shuttered for all of the previous year — and process five hundred tons of cotton.

Although it was a fraction of the plant’s capacity, the activity attracted the attention of farmers across the province. Afghans knew the value of cotton. The Pashto word for it — spinzar — means “white gold.”

A rounding error in the USAID budget

With its antediluvian machinery, bloated workforce, and cryptic accounting system, the gin was far from a model enterprise. The Ministry of Commerce and Industry, which owned the facility, decided how much cotton it would buy from farmers — and at what price — based on bids it received from buyers before the growing season began.

To Harris, this was a backward system that didn’t encourage farmers to blanket their fields with cotton, but it was the product of necessity. The gin lacked the capital to buy first and sell later. It was forced to limit its purchases to what it was sure of selling.

Harris thought AID’s insistence that the gin be privatized before it received American assistance was unrealistic. The ministry was not inclined to sell a factory that brought the government money, even if a pittance.

Either the Americans could sit on their hands and watch Afghans return to poppy, or they could help generate more money for farmers and the cash-strapped government in Kabul. To Harris it seemed an obvious choice.

He wanted to provide the gin with $1 million to expand its purchases from farmers. With that kind of buying power, he said, “all of northern Marja would have turned white” and one-eighth of the farmland across the province would have been covered with cotton. He imagined the gin operating at capacity, with convoys of trucks rolling up to collect processed bales.

The Marines loved his vision, but they couldn’t swing a $1 million loan. Their discretionary funds from the Pentagon, which were intended to build schools and roads, had no provision for that level of assistance to an established factory.

The one organization that had money for such projects was USAID. A million dollars was a rounding error in the overall USAID budget. But by then Harris knew there was no way the agency would help the gin.

“Everything was there to make it work except for a basic understanding of agriculture by AID’s supposed experts,” he grumbled upon his return to Georgia. “They cost us a huge opportunity.”

President Obama’s strategy depended upon the civilian experts at USAID making smart decisions to help the Afghans. But the agency kept making mistakes. Sometimes the cause was bureaucratic inertia. Sometimes it was a staffer who put his personal agenda over the national interest.

The result was a gross failure to capitalize on security improvements, paid for by the lives and limbs of American troops, to build a sustainable economy for the farmers of southern Afghanistan.

Editor’s note: This article is excerpted from Little America: The War Within the War for Afghanistan (Knopf) by Rajiv Chandrasekaran. Published by arrangement with Knopf, a division of Random House, Inc. Copyright © 2012 by Rajiv Chandrasekaran. No part of this excerpt may be reproduced or reprinted without permission in writing from the publisher.

Afghans knew the value of cotton. The Pashto word for it — <i>spinzar</i> — means "white gold."

Cotton was at record prices on the world market. If cotton was so unprofitable, why did it interest so many local businessmen?

Cotton needed no such tender care. Once picked, it could sit on farms for months. And there was no way to damage it, no matter how bad the roads.

Either the Americans could watch Afghans return to poppy, or they could help generate more money for farmers and the government in Kabul.

Afghans knew the value of cotton. The Pashto word for it — <i>spinzar</i> — means "white gold."

Cotton was at record prices on the world market. If cotton was so unprofitable, why did it interest so many local businessmen?

Cotton needed no such tender care. Once picked, it could sit on farms for months. And there was no way to damage it, no matter how bad the roads.

Either the Americans could watch Afghans return to poppy, or they could help generate more money for farmers and the government in Kabul.