Why Bad Loans Are Good For Africa

Why is the amount of lending China has committed to Africa so small?

Why is the amount of lending China has committed to Africa so small? 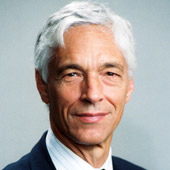 Chinese President Hu Jintao has just wrapped up an historic and well-publicized visit to eight African countries, including Liberia, Sudan and Zambia. In each of the countries visited, President Hu has pledged or confirmed generous amounts of aid. You might think that Africa’s "old" aid donors, especially the United States and the EU countries, would welcome this new source of aid.

After all, they have been straining to find the money they believe is necessary to pull Africa out of poverty and into the global middle class. But you would be wrong. They have been grumbling and whining.

The flak directed at China's plans to boost aid to Africa springs from three distinct concerns. One is that China's aid is propping up oppressive regimes in countries like Sudan and Zimbabwe.

Another is that China is winning contracts for large projects against well-known companies from the old donor countries by ignoring internationally recognized environmental and labor standards.

A third concern is that China is saddling poor countries with debts they will be unable to pay, fresh on the heels of a decade-long initiative by the old donors to write off billions of dollars of bad loans they made in the past.

The object of the initiative was to allow debtor countries to use their limited budget funds for education and health and other poverty-alleviation programs instead of for debt service.

The third concern seems particularly hypocritical, or disingenuous — or simply naïve. Instead, the question the old donors should be asking is why the amount of lending being committed by China — $3 billion over three years — is so small.

A springboard for the debt-related concerns of the old donors was the joint IMF-World Bank report issued in November 2006 on "the debt sustainability framework for low-income countries".

The report called attention to a group of "emerging creditors" led by China, Kuwait, Saudi Arabia, South Korea, Brazil and India — and put the debt owed to China by low-income countries at $5 billion at the end of 2004. It also called for "outreach" to the new creditors "to encourage responsible lending."

The concerns of old donors are hypocritical because the Chinese are only doing what the old donors did in the 1970s and 1980s.

The concerns are disingenuous because the write-off initiative that began in the 1990s (Heavily-Indebted Poor Countries-HIPC Initiative and Multilateral Debt Relief Initiative) was all about debt owed to the IMF, the World Bank and the African Development Bank — all of which insisted on being treated as preferred creditors.

It was not about bilateral debt, which the old donors had started writing off through the Paris Club process a decade earlier.

As a result, the old donors and the low-income debtor countries have had to jump through a mind-boggling set of hoops to discharge these debts, without writing them off, when they became unsustainable in the late 1990s.

Is China asking to be treated as a preferred creditor? Not at all. Part IV, Section 2(8) of the "Africa Policy Paper" issued in advance of President Hu's trip (and thoughtfully posted in English on the website of the official Chinese news agency) says that China is "ready to continue friendly consultation to seek solution to, or reduction of, the debts they owe to China.”

More Chinese lending simply means more projects will be completed. How can that be bad for the African countries? If the countries have trouble repaying the loans — and the odds are high that a number of them will — then they can be reduced or written off. No big deal.

The more interesting question is whether China — and the other "emerging creditors" — will decide at some point to join the Paris Club. The door is open, but only for countries prepared to accept Paris Club rules.

On of the most hallowed rules of the Paris Club is to link debt relief to satisfactory performance under a stand-by or other conditional arrangement with the IMF. China, however, has stressed that its lending is unconditional.

Who will blink first? Will the Paris Club start doing unconditional debt relief deals for the next wave of low-income country cases in order to draw China into the Club? Or will China discover the virtues of conditional relief as a step that low-income countries will have to take on the road to becoming responsible middle-income debtors?

China and Iran: A New Route