In developing countries, could a cell phone become an inducement to learn to read?

In developing countries, could a cell phone become an inducement to learn to read? 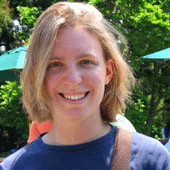 When I set off for Burkina Faso at the start of my Peace Corps service, I expected that I would live in a hut somewhere in a rural community, with no access to running water or electricity and little to no contact with my friends and family back home.

The former expectations came true. I get my water from a hand-pump every day, and I use a gas lamp or a flashlight to see at night.

The latter prophecy, however, turned out to be false. Communicating with the world, both inside and outside Africa, has become incredibly easy, with the advent of a new form of technology: The cell phone.

While cell phones have become so common in Western countries that some schools have had to ban their use on campus, they are still very new to people in Burkina. When I arrived in my village, Borguindé, nobody owned a cell phone, or even knew much about them.

I didn't acquire one until a week or so after I settled into my village, but I was careful not to exhibit it. A few months into my stay, the three teachers — the only people in Borguindé to earn a steady income — bought theirs. And for a while, their phones were the only ones that rang in the village.

This change happened shockingly quickly, considering that Burkina Faso is one of the world's poorest countries. Within a year or so, the number of villagers with cell phones went from zero to dozens.

I first got an impression that a new way of life had arrived late one night, as I sat chatting with a neighbor. It was a beautiful starlit night, and the only sound, apart from our voices, was the bleating and mooing from the goats and cattle lying under a shelter near where we sat.

Suddenly, a strident ring tone sounded out in the darkness, and my neighbor jumped up to answer. It was an incongruous sight.

My neighbor, an elderly man dressed in a long boubou with a white prayer cap, wandered hither and thither among the sleeping livestock, his face greenly lit up by his phone as he searched for an area with better network coverage.

By now, it seems as though everyone has a cell phone. People who have gone to look for work in Mali or Cote d'Ivoire often send used cell phones back to their families.

Villagers will sit happily for hours trying out the various options for ring tones, playing Jingle Bells and Tchaikovsky over and over again — mainly for the pleasure of flaunting their acquisition to their less-fortunate neighbors.

When somebody gets a phone call, everyone nearby quiets down to listen, as the proud cell phone owner bellows greetings into the phone for all to hear. Children afterwards run around the neighborhood, yelling "Diriliriliriliiing! Allo! Allo! Who is it? Allo!"

There is no doubt that a cell phone is a valuable tool, and people get good use out of them. Villagers are able to stay in touch with their families in other areas, and it's become a lot easier to inform friends of important events like weddings or a death in the family.

The only problem is that when you have never been to school, and can't even read your own name, it's very difficult to master the intricacies of a cell phone. This leads to lots of confusion.

For example, on the standard phone model, if you press “OK” over and over again, you send a blank text message to the first person listed in your address book. People fiddle with their cell phones, or give it to their kids to fiddle with, pressing “OK” repeatedly without understanding the consequences of what they're doing.

Then they are amazed when their phone credit melts away — and they constantly have to add more credit.

Luckily for my neighbors, they have a live-in cell phone expert in the form of their local Peace Corps volunteer — me.

While it can get repetitive at times when somebody shows up on my doorstep because they have accidentally disabled the alarm clock on their phone for the nth time, watching people figure out their phones is often hugely entertaining.

Mostly people ask me to show them how to change the time or the language in their phone, or add a new contact to their address book. Occasionally, however, I get some odd requests. One man, Boureima, walked into my courtyard, handed me his cell phone and asked how he could "find the snake."
"The snake?”
"Yes, there's a snake in the phone, and it moves round and round!"

At first, I was mystified by his question, but eventually I figured out that he was referring to one of the phone screen savers, which shows a revolving double helix. For someone who has never heard of DNA, it does look like a big snake.

This is how illiterate people learn to use their phones, and their memories of these sequences are impressive. Boureima was delighted, and spent the next half hour repeating the process, making delighted exclamations every time the “snake” returned.

Another day, I got a frantic phone call from an imam in a different neighborhood. There was a problem with his phone — and could I come right away? I could and did. I biked over to his hut and, after an abbreviated version of the usually extensive greetings, he pushed his phone into my hands and asked me what was wrong.

I glanced down and quickly spotted the "problem" — the flashing clock in the corner, indicating that somebody had inadvertently set off the chronometer.

With a very straight face, I tried to explain the concept of the chronometer ("Let's say you want to see how fast your son can run from here to the next house…"), but he wasn't interested in my explanations.

"Is it using up my credit?" he demanded. "Definitely not," I answered. And fortunately, too — because when I checked, it turned out the chronometer had been running for over ten hours.

The same neighbor came over another day because his phone had another problem: It kept spontaneously turning off. I looked at it. "Your phone's uncharged. You need to recharge it."

This meant a trip to the provincial capital, Djibo, 10 kilometers away. Many houses there have electricity, and a few entrepreneurs help pay for their electricity bills by charging people's cell phones in exchange for a small fee.

One good aspect of cell phones, from my point of view as a Peace Corps volunteer in education, is that it gives people a better appreciation for education. When they see how fast an educated person learns to operate a cell phone, they shake their heads and say, "Waïe, if you don't know how to read, you have nothing!"

So far, I am not sure this has translated into a sudden increase in parents sending their children to school — but it seems like a possibility!

The parallels to the Western world are striking, too, where children teach their parents or grandparents how to use computers. Perhaps that will be the next technological innovation to invade Burkina. Given the rapidity with which cell phones appeared, perhaps laptops aren't so far behind.