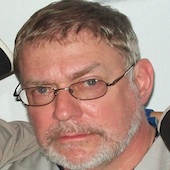 Visiting another country with an official delegation always frames the contrast between your delegation and theirs. But there is another contrast, too: Between their “official” world and the world of the people.

No greater contrast could be imagined for China. What I saw in Beijing and Dalian, a seaport city about 280 miles from Beijing, were two different realities, two different expectations. This simple, yet existential contrast goes to the heart of China’s biggest problem with the future.

Dalian itself feels like an American city from the iron age of big-shouldered towns. Cranes boldly etch the ever-rising city skyline. It has that on-the-go-feeling of New York in the 1960s or Los Angeles in the 1970s or Dallas-Forth Worth in the 1980s.

If Dalian’s cityscape is the muscle of its confident future, it also bears their freighted expectations for family and future — and the Chinese state’s commitment to keep it all safe.

China may be the world’s fastest aging society, but that is not how it feels. Right now, the biggest wave of a coming-of-age generation is the heart of China. The cities they are building cry out to a world that is still being born.

This sensation of success and hope for the future is palpable in Dalian, as is the state-people compact, enjoined over thirty years ago, that we are told made this all possible.

Not that this world is anywhere near finished. Dalian’s lush seaside is out of reach for the 500 million Chinese still living in rural poverty (and another 100 million poor urban migrants). Moreover, like sweatshop-America in another century, young Chinese workers toil endless hours, seven days a week, for a single precious day off each month.

Go to Beijing, however, and hear this young Party voice:

This young woman was describing how in today’s China, survival itself means a running life-competition for any member of the elite.

An endless gauntlet does not make for national greatness. She longs for a renewed Chinese universalism to unite the nation again. She softly scolds those who seek the liberation of university abroad — especially in the sanctuary of America. She appeals for a consciousness that might move the younger generation “to work together for our country.”

Another echoed her distance from the narrow Chinese commonweal. She asked: “Am I really Chinese? Yes, surely, but I am also American.”

What she meant was that she feels part of a larger humanity — her identity is not just Chinese. Coming from a Party member, this is like a death-knell declaration that religious nationalism is losing its hold, even among those groomed to lead.

Thus, the women that most eloquently represent China’s hope for future leadership proclaimed to us Americans that their generation is on a different path. They have different and bigger hopes in life — and a different, bigger sense of belonging to the world.

This, if you listen closely, represents something like an earth-shift in consciousness. Clearly, “the best and the brightest” offered to us felt no hesitation in renouncing their country’s all-enveloping engineer-regime.

Is this a lurking positive, or its opposite? Endlessly looped programming on Chinese State TV offers eternal soap operas 24/7, where you can curl up forever while Imperial Japanese soldiers are killed, re-killed and killed again.

Whether heroic KMT or CCP, laughing, happy warriors — doughty, comradely fighting bands — lay waste to Nipponese occupiers, inflicting endless ruin on hapless samurai, who can look forward only to the prospect of erupting rivers of their own blood.

Yet, relentlessly replaying myth is itself a risk. Making revolutionary icons, no matter how “soapy,” the currency of political virtue in the present is a risky business.

Think of it: These programs are not what they intend to be — good regime propaganda, but are instead relentless reminders of the sacrifices of virtuous and true men and women who made today’s China possible. Yet China’s current leaders — resplendent in tailored suits — are again taking their cut and colluding with “foreign devils.”

Truth is that resistance against the collusion of “foreign devils” with a corrupt regime could flare up again today — just as soon as the economy stagnates, when people’s expectations are dashed, when their very future is in danger of subsiding.

Hence, inoculating themselves in pure mythic narrative is a double-edged sword for the ruling regime. It may in fact be the most counterproductive strategy.

Let us remember: The Chinese revolution did not promise redemption through ideology, but rather through trust (and truth) between leadership and the people. Above all it was about restoring and safeguarding the people’s welfare: Hope for the future and the right to something like the good life.

This was all that mattered then — and it is all that matters now. For a century or more, all good in Chinese life had been denied and stripped away. No matter how much the revolution stumbled after 1949, none of Mao’s crimes could prevent its final fulfillment — in people’s minds.

My takeaway is that today’s gaggle of state-rooted subcultures represents an unworthy, and yet so characteristic, Chinese ruling society still riding herd on a wonderful civilization.

China today is an underground river running very fast. Its very special and very corrupt ruling society is losing its claim, if not yet its legitimacy. Why? Because it has lost the authentic source-code of myth and belonging to which people give undying loyalty.

Whetting the people’s passions with endless war operas is intended to distract the nation. Yet unlike the endless replaying of the American victory in World War II on cable TV, the Chinese version is a nakedly cynical state effort to preserve popular trust in the current regime by continually claiming for itself the stainless sacrifice of their ancestors.

Soap operas about the war desperately seek to cover the venality of ruling elites who have betrayed the very grandparents who died putting them in power.

Today’s siren song of religious nationalism is also a parable of leadership decay: They cannot bury the true workings of contemporary China in some landfill of national consciousness.

Americans, with their customary inclination to curtail deeper analysis, will reduce this to talk about simple surface change: Will it be revolution or evolution? Change in the American mind is either all or nothing, good or bad, violent and radical, or peaceful and “democratic.”

But I had no such all-American feelings about change as I left Beijing. Ten days among representatives of the Communist Party showed me no such either-or — of a party “doing great things” vs. “failing to lead.”

Instead, I saw the regime’s elites desperately trying to sustain their collective belief in a paradigm of control. At the same time, they seemed so into throwing themselves into the big-shouldered mosh-pit of faction-against-faction. That is where the real action is in China today.

So what if the big score in offshore drilling means locking in conflict with its neighbors (or even the United States) because of competing ocean claims? Among China’s elites today, it is all about the score.

So it is no surprise that China’s foreign relations do not in any way resemble a sublime Sun-Tzu strategy. Rather what we see is an uncontrolled and even unmediated state of factionalism masquerading as national policy.

Thus, as a tone-deaf engineer-regime drifts slowly away from the iron compact its own grandparents made with the people, China’s elites are slowly devolving into a no-holds-barred, rent-and-political-reward-seeking state system of pure entitlement.

Sensing — and increasingly seeing — this, the people are also moving away from the deep claim of the state in ways that a presumably all-knowing, all-controlling regime-elite society would well understand. But this elite does not understand.

Half a world away, lest we have become too blind, this is also — stunningly — the very problem faced by our own regime-elite society right here in the United States and its navel-gazing political duopoly of Republicans and Democrats.

Our own courtier-media will of course not speak this truth, but the parties here are as blind to the loss of trust and the political disenthralling among citizens as the Communist Party in China. Americans still vote and otherwise comply because they are dutiful citizens. Like their Chinese counterparts, they also still want to believe. Yet their capacity for belief is not inexhaustible.

So self-satisfied elites in two great civilizations believe they can simply push the button of 24/7 sacrificial passions in hallowed liberation-myth. But how much longer will that work? Both in China and the United States, clinging to soap operas of religious nationalism is no guarantee of future citizen allegiance.

The air is slowly coming out of the cracked and aging tires of Chinese nationalism — as it is in the United States. Our two nations have much in common — in ironically surprising, and yet possibly tragic, ways.

The views expressed above are those of the author and do not reflect the official policy or position of the Department of the Navy, Department of Defense, or the U.S. Government.

China may be the world's fastest aging society, but that is not how it feels. Right now, the biggest wave of a coming-of-age generation is the heart of China.

China today is an underground river running very fast. Its very special and very corrupt ruling society is losing its claim, if not yet its legitimacy.

One young woman expressed her distance from the narrow Chinese commonweal. "Am I really Chinese?" she asked. "Yes, surely, but I am also American."

China may be the world's fastest aging society, but that is not how it feels. Right now, the biggest wave of a coming-of-age generation is the heart of China.

China today is an underground river running very fast. Its very special and very corrupt ruling society is losing its claim, if not yet its legitimacy.

One young woman expressed her distance from the narrow Chinese commonweal. "Am I really Chinese?" she asked. "Yes, surely, but I am also American."

How the Republicans Empower U.S. Minorities