Concerns of a European Citizen

Why might the average European be opposed to a U.S.-led war against Iraq?

Why might the average European be opposed to a U.S.-led war against Iraq? 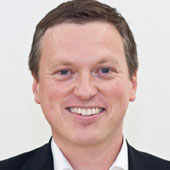 Politicians and strategists have had their say, but I, too, have thought long and hard about the reasons for and against a possible war with Iraq.

As a general proposition, I am opposed to war. After all, war is a confession to have failed as a civilized society.

It is the means we choose when all other steps have been proven futile. In these cases, if it is morally and ethically justifiable, we have to wage war.

Yes, war can be justifiable at times, but it is never "just". Therefore, the question we are now facing is "Would a war against Iraq be justifiable?"

What circumstances would justify a war? One would be an attack by Iraq or plan to attack us and our allies. Another would be if Iraq supported terrorist organizations which want to do the same.

What about Iraq possessing weapons of mass destruction? China and Pakistan, not to mention North Korea, have these weapons, too. And they do not have political regimes that inspire our confidence, to say the least.

Still, we don't wage a war on them. So this last reason, the possession of weapons of mass destruction (WMD) by dubious regimes, apparently is not one we fight wars over. What about the others?

While Iraq has a history of aggression against its neighbors, it is not poised to strike any of them. Its means for any attack are very limited — and can be easily deterred.

After almost 12 years of sanctions and allied bombardments, Iraq's military power is not much of a threat anymore. Because of UN inspections, it never will be so again.

It could still be the case that Saddam Hussein, being more clever than United Nations weapons inspectors and unnoticed from western intelligence services, builds biological or chemical weapons to sell to al Qaeda or Hamas. But what would happen then?

Easy answer: Saddam would be out of business the next day! After all, these weapons rarely go unnoticed, as the rocket delivery from North Korea to Yemen showed. And the world community will have a close eye on any Iraqi weapons programs for years to come.

If all of these are no good reasons to attack Iraq, is there another one? In fact, there is: crimes against humanity, including genocide.

NATO essentially wrote new international law with the war in Kosovo. Saddam Hussein committed his worst atrocities well before that time, way back in the 1980s — when he was still an ally of the United States.

As unacceptable as Saddam Hussein’s ongoing repression is, Iraq — unfortunately — is far from the only country where such practices are common. As with the WMD issue discussed above, the United States has not made a convincing case on why to single out Iraq.

To sum up my analysis so far: From a European point of view, there is no fully convincing reason — and no ethically and morally justifiable reason — to wage war against Iraq at present. At the very least, the UN process should be allowed to run its due course.

Why then does this war seem to be justifiable from an American point of view? Maybe the real question to ask is not whether there is a reason to attack Iraq or not. The question to ask is: "Why does America want to wage a war on Iraq?" So let's look at our friend and ally more closely.

The first reason often stated in a shorthand manner, and refuted just as quickly as nonsense conspiracy theory, is oil. And yet, basing the war on securing access to oil would be a comprehensible reason, though a morally condemnable one.

The U.S. dependency on oil need not be further explained here. The Bush Administration is even proposing to drill for oil in an Alaskan nature reserve. So, a war against people over oil — instead of a war against the Alaskan moose — might not be that far-fetched.

However, if oil were the reason, the war against Iraq is not justifiable. In fact, war would then be nothing more than thievery.

But there is a peaceful solution to making more Iraqi oil available to the world. A UN resolution could lift most sanctions — and allow Iraq to extract more oil.

This would be based on strict monitoring of Iraqi oil fields and what the oil revenues are spent on. Imports of military and dual-use technologies would continue to be prohibited. But quite frankly, if oil is the reason for invasion, you have to admit it at the outset.

The second reason might lie within the "axis of evil." The Bush Administration uses religious phrases to support its cause, which seems to be not unusual for the United States.

But the frequency and almost evangelical conviction with which White House officials use these terms is very disturbing for a European.

Javier Solana, the EU's High Representative for the Common Foreign and Security Policy, rightly criticized this religious language. If the Manichean mindset of citizen Bush guides the actions of the President Bush, then this reason — even more "hysterical" or "conspiratorial" than oil — is one we Europeans oppose unconditionally.

The politics and ethics of "good" and "evil" must be discussed in front of the broad audience of the United Nations — and within the United States of America itself.

But as a European citizen, I continue to oppose a war against Iraq. For me, the case that has been made thus is far is not convincing — and believe that we have not yet exhausted all the peaceful options.

One last point: More than a decade after the end of the Cold War, I am flabbergasted by the present attempt to define the inner relations and coherence of the West through outside dangers.

Regardless of opinion across the Atlantic, one thing ought to be clear: Europe and America are two sides of the one coin we call western civilization.