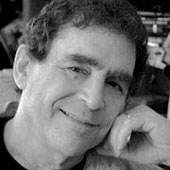 Author of “The World Without Us”

Alan Weisman is the author of “The World Without Us” — and a senior editor and producer for Homelands Productions.

They have also appeared in several anthologies (including The Best American Science Writing 2006) — and have been heard on National Public Radio, Public Radio International and American Public Media.

He is Laureate Associate Professor in Journalism and Latin American Studies at the University of Arizona, where he leads an annual field program in international journalism.

Mr. Weisman has been a Fulbright Senior Scholar in Colombia, writer-in-residence at the Altos de Chavón Escuela de Arte y Diseño in the Dominican Republic, the John Farrar Fellow in Nonfiction at the Bread Loaf Writers’ Conference — and a contributing editor to the Los Angeles Times Magazine.

What effects have human actions had on the Sahara — the world's largest nonpolar desert?

What would the Sahara desert look like if there were no human inhabitants?