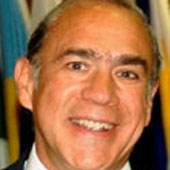 Angel Gurría has served as OECD Secretary-General since June 2006.

Under his leadership, the OECD has agreed to open membership talks with Chile, Estonia, Israel, Russia and Slovenia and to strengthen links with other major emerging economies, including Brazil, China, India, Indonesia and South Africa, with a view to possible membership.

Mr. Gurría is an active participant in various international non-profit bodies, including the Population Council, based in New York, and the Center for Global Development based in Washington. He chaired the International Task Force on Financing Water for All, and continues to be deeply involved in water issues.

He is a member of the International Advisory Board of Governors of the Centre for International Governance Innovation, based in Canada, and was the first recipient of the Globalist of the Year Award of the Canadian International Council to honor his efforts as a global citizen.

The Global Economy: Light at the End of the Tunnel?

How can a new investment model help the global economy in the aftermath of the economic crisis?

How can governments prevent the siphoning of public funds for private gain?

What are the benefits and drawbacks of the different approaches to U.S. engagement in the world?

Tax Fairness and the Developing World

Why should developing countries start focusing on their tax bases?