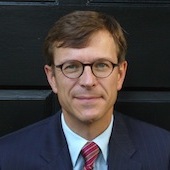 Christoph von Marschall is Chief Diplomatic Correspondent of the German daily “Der Tagesspiegel,” published in Berlin. From 2005 to 2013, he was Washington Bureau Chief and White House Correspondent. Before that, he served as the newspaper’s Editorial Page Editor.

He has written several books on Barack Obama and the differences in political culture between Germany and the United States, most recently “What’s the Matter with America? Why They Hate What We Love” and “The New Obama. What to Expect from the Second Term.” His first biography of Barack Obama was published in 2007, under the title “The Black Kennedy.”

Von Marschall holds a PhD in East European History from the University of Freiburg, Germany.

An EU-UK deal is impossible to find because there is no majority in the UK for any sensible solution to the Brexit mess.

Russia's "pacification" policies stand in complete contrast to the EU's strategy – and results.