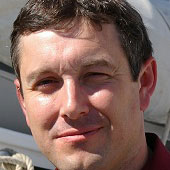 Colin Woodard, an author and award-winning journalist, is a foreign correspondent for The Christian Science Monitor and The Chronicle of Higher Education and a contributing editor at Down East magazine.

A native of Maine, he has reported from more than 50 foreign countries and six continents, and lived for more than four years in Eastern Europe.

He is the author of "American Nations: A History of The Eleven Rival Regional Cultures of North America" (Viking Press, 2011), "The Republic of Pirates: Being The True and Surprising Story of the Caribbean Pirates and the Man Who Brought Them Down" (Harcourt, 2007), the New England bestseller "The Lobster Coast: Rebels, Rusticators, and the Struggle for a Forgotten Frontier" (Viking Press, 2004), a cultural and environmental history of coastal Maine and "Ocean’s End: Travels Through Endangered Seas" (Basic Books, 2000), a narrative non-fiction account of the deterioration of the world’s oceans.

He lives in Portland, Maine.

How do North America's aboriginal communities approach the global challenges of the 21st century?