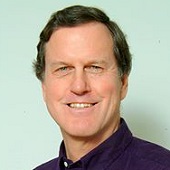 Author and Professor at the City University of New York

David S. Reynolds is Distinguished Professor of English and American Studies at the Graduate Center and Baruch College of the City University of New York.

He is the author of “Waking Giant: America in the Age of Jackson” (HarperCollins, 2008) and “Walt Whitman’s America: A Cultural Biography” (Knopf, 1995) which won the Bancroft Prize and the Ambassador Book Award and was a finalist for the National Book Critics Circle Award.

His other books include “Beneath the American Renaissance: The Subversive Imagination in the Age of Emerson and Melville” (Knopf, 1988), which won the Christian Gauss Award.

Mr. Reynolds earned his B.A. at Amherst College and his Ph.D. at the University of California, Berkeley.

Political Upheaval and the Depression of 1837

Throughout history, how have economic downturns affected U.S. politics?

How have past financial crises affected the history of the United States?