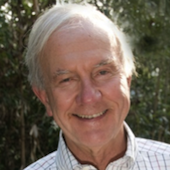 After more than 25 years as a partner in Steptoe & Johnson, Dave L. Roll founded the Lex Mundi Pro Bono Foundation in late 2005 and served as its Managing Director from 2006 to 2008.

While he spends a portion of his time now as an adviser to the Lex Mundi Pro Bono Foundation, Mr. Roll remains a senior partner in Steptoe & Johnson, Lex Mundi’s member firm for Washington, DC, specializing in antitrust and administrative law and litigation.

Steptoe & Johnson has one of the largest and best known pro bono programs in the world. Mr. Roll has been a regular participant in and a strong advocate of the firm’s public interest activities.

Mr. Roll is a nonfiction author. His most recent book, “The Hopkins Touch: Harry Hopkins and the Forging of the Alliance to Defeat Hitler,” was published by Oxford University Press in 2013. Mr. Roll co-authored another political biography entitled “Louis Johnson and the Arming of America: The Roosevelt and Truman Years” (Indiana University Press) that was published in 2005.

The Day That Lives in Infamy: Pearl Harbor, December 7, 1941

How did oil catalyze the Japanese attack on Pearl Harbor?