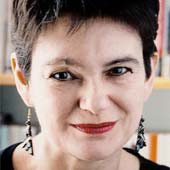 Diane Coyle is Professor of Economics at the University of Manchester.

Diane Coyle is Professor of Economics at the University of Manchester. She specializes in competition policy, network markets, the economics of new technologies and globalization, including extensive work on the impacts of mobile telephony in developing countries.

Ms. Coyle is Vice-Chair of the BBC Trust and a member of the Migration Advisory Committee, which advises the UK government on migration issues. She is also a visiting professor at the Institute for Political and Economic Governance, University of Manchester.

Ms. Coyle was previously Economics Editor of The Independent newspaper in the UK, and before that she worked at the Treasury and in the private sector as an economist. She has a Ph.D. in economics from Harvard.

Centralization has limited the performance of the UK economy.

Warfare and the Invention of GDP

Quite contrary to current efforts to reflect happiness, GDP was invented to prepare nations better for warfare.

Ten Steps to Run the Economy as if the Future Matters

The Economic Crisis and the Need to Rethink Economics