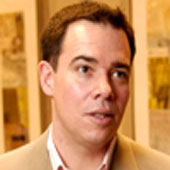 Ernest Bower is senior adviser and director of the Southeast Asia Program at the Center for Strategic and International Studies in Washington, D.C.

Prior to joining CSIS, he formed BrooksBowerAsia, a consulting firm specializing in the Asia-Pacific region. Earlier, he served for a decade as president of the US-ASEAN Business Council, where he established and built the council from the ground level.

Mr. Bower is currently the U.S. chair of the Advisory Council on Competitiveness for the Vietnamese prime minister. He also serves on the boards of the Special Olympics Asia, the United States-New Zealand Business Council and the United States-Indonesia Society.

He has also served on the U.S. Department of State's Advisory Committee on Trade and Investment.

How does the current quiet in Vietnam belie a very proactive subterranean political agenda?

A U.S. Strategy for ASEAN

Is the United States missing out on trade relations with one of Asia's largest trade blocs?