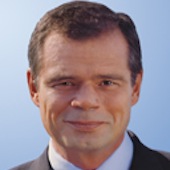 Friedbert Pflüger is visiting professor and Executive Director of the European Center for Energy and Resource Security (EUCERS) at King’s College London in the Department of War Studies.

Friedbert Pflüger is a member of the executive board of the CDU in Germany. From 2002 to 2005 Pflüger was also foreign policy spokesman to opposition leader Angela Merkel and spent the following year as State Secretary to Germany’s Defense Minister.

Previously, Pflüger served as personal assistant and press spokesman to the President of the Federal Republic of Germany, Richard von Weizsäcker. From 1990 to 2006 he was a member of the German Bundestag.

Pflüger holds a Master’s and PhD degree from Bonn University.

Time to Let Iran Prove Itself

With a short-term deal struck, Iran must be given the chance to be tested.