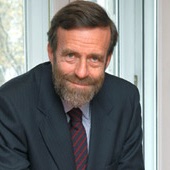 Guillermo de la Dehesa is chairman of the Centre for Economic Policy Research, in London, Chairman of the IE Business School, in Madrid, and a member of the Group of Thirty. He has also been an international adviser to Goldman Sachs Europe since 1988 and is an independent vice-chairman of Banco Santander and AVIVA PLC.

He was formerly a deputy governor of the International Monetary Fund and the World Bank, a deputy general manager of the Bank of Spain, Secretary of State of Economy (Spain), and Secretary General of Commerce (Spain).

Mr. de la Dehesa has also served as the CEO of Banco Pastor.

Is Spain really doing that much worse than France?

Does Spain just need a little help from its friends?