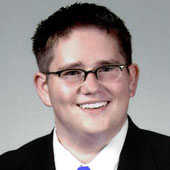 Jonathon Walz is currently a senior at the University of South Dakota majoring in Political Science and Economics. His academic interests include Middle Eastern politics and Arabic language.

In addition to his undergraduate institution, he has studied at the London School of Economics and Political Science and at locations throughout the Middle East.

Most recently, he was awarded a 2007 U.S. Department of State Critical Language Scholarship to study advanced Arabic in Sana'a, Yemen.

He has successfully completed internship programs at The Globalist and at Adfero, a London-based news service.

Jonathon is currently writing his undergraduate honors thesis on the political economy of qat — a narcotic shrub cultivated in Southern Arabia and the Horn of Africa.

Yemen, Drugs and the Water Table

What are the economic, environmental and political ramifications of Yemen's qat obsession?