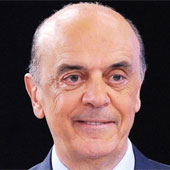 José Serra is a Brazilian politician and current Governor of São Paulo state. He is a former congressman, senator, minister of Planning and Minister of Health, and mayor of São Paulo. He ran for the presidency of Brazil in 2002, losing to Luiz Inácio Lula da Silva.

Serra holds a Ph.D. in economics from Cornell University.

A Latin American Perspective on the Crisis (Part II)

What role does national policy have to play in mitigating the economic crisis?

A Latin American Perspective on the Crisis (Part I)

How is Latin America faring during the current economic crisis?