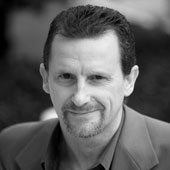 Justin Kavanagh is an editor for National Geographic International Editions, which currently publishes in 31 countries.

His work has appeared in numerous international publications, both online and in print. He has written for several international editions of National Geographic, and for the Independent (London), The Title (Dublin), and the Irish Press.

He has contributed culture and sports columns to several magazines in the U.S. and in Europe. He has also worked as a consultant and scriptwriter for National Geographic TV and Film.

Elikeh: Music From Togo to D.C.

How has marketing influenced the success of U2?

How has U2's lead singer, Bono, become such an icon of political activism?

How did U2 become such a globally influential band?