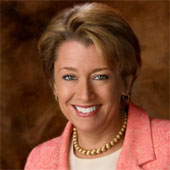 She has testified on NAFTA, GATT-WTO and other trade issues before over 30 U.S. Congressional committees, numerous other countries’ legislatures, the U.S. International Trade Commission and the Office of the U.S. Trade Representative.

Ms. Wallach is a graduate of Wellesley College and Harvard Law School.

The US Drops ISDS

The U.S. government used to be the chief proponent of strong investor protection clauses in international trade deals. No longer. What happened?

What’s Next for the WTO?

To reform the WTO, the director-general can take a cue from his home nation, Brazil.