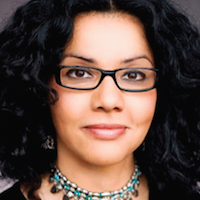 Mona Eltahawy is an Egyptian American freelance journalist and commentator on Arab and Muslim issues and global feminism. Her essays and op-eds on Egypt, the Islamic world, and women’s rights have appeared in The Washington Post, The New York Times, The Christian Science Monitor, The Miami Herald, and other publications.

She has appeared as a guest commentator on MSNBC, BBC, CNN, PBS, Al-Jazeera, NPR, and dozens of other television and radio networks. During the 18-day revolution that toppled Egypt’s President Hosni Mubarak, she appeared on most major media outlets, leading the feminist website Jezebel to describe her as “The Woman Explaining Egypt to the West.”

Saudi Arabia: From the Eyes of an Insider

“Segregation” is the only way to describe the situation for women in Saudi Arabia.

A Voice Against Violence

It is time to dismantle the political and economic system that treats half of humanity like children.