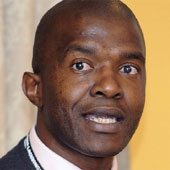 Professor of International Political Economy at the University of Pretoria

Mzukisi Qobo is a professor of international political economy at the University of Pretoria. He writes a weekly column for Business Day, South Africa’s national business daily.

Mr. Qobo previously served as chief director at the South Africa’s Department of Trade and Industry (DTI), where he drafted the country’s trade policy and strategy framework. He also led the Emerging Powers and Global Challenges Programme at the South African Institute of International Affairs (SAIIA), where he worked on the involvement of the BRICS in Africa.

Africa’s Resurgence and the Future of the Global Economy

Africa's leaders need to rebuild the relationship between market and state, while supporting human development through education and social support.