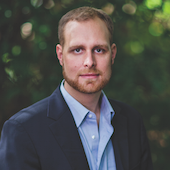 Nicholas Kulish began his career in journalism at a magazine in Hong Kong. He joined the staff of the Wall Street Journal in 1999 and worked his way up from assistant in New York to staff reporter in the paper’s Washington bureau, covering 9/11 at the Pentagon and the 2000 presidential recount in Florida.

Kulish embedded with a Marine helicopter squadron for the invasion of Iraq, where he began working on the novel, Last One In, published in 2007 by Ecco/Harper.

In 2005, he became an editorial writer for the New York Times, where he wrote about business, culture, Hurricane Katrina and the rebuilding of New Orleans.

Between 2007 and 2013, he served as the Times’ Berlin bureau chief, where he covered the war in Georgia and the European financial crisis. He is now the paper’s East Africa correspondent based in Nairobi, covering the civil war in South Sudan, insurgencies in Eastern Congo and the terrorist standoff at Westgate shopping mall in Kenya.

Mr. Kulish is a graduate of Columbia University in New York City.

Searching for a Nazi war criminal on the streets of Cairo