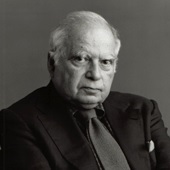 He has also taught at the London School of Economics, Oxford University, the University of Strasbourg and Amherst College. He has also had academic appointments in Italy and Germany.

Mr. Birnbaum has served as a consultant to several members of the U.S. Congress, the National Security Council — and participated in the Carter, Kennedy and Jackson Presidential campaigns.

Professor Birnbaum was a founding editor of New Left Review, was on the editorial board of Partisan Review and is currently on the board of The Nation.

He is also author of several books, the most recent of which is After Progress: American Social Reform And European Socialism In The Twentieth Century (2001). Currently, he is working on a cultural-political memoir From The Bronx To Oxford And Not Quite Back.

The American presidency has a long history of appropriating foreign policy powers from Congress.

U.S. Democrats: Back to the Roots

What are the political challenges for democrats in the 2002 congressional election?