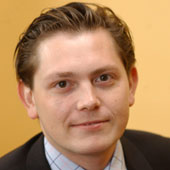 Olivier Cattaneo is a Senior Trade Specialist with the World Bank, Washington, D.C. — and a Research Associate with the Groupe d’Economie Mondiale de SciencesPo, Paris.

Mr. Cattaneo has (co)authored or (co)edited more than 50 books and articles, including “Effective Crisis Response and Openness: Implications for the Trading System” (World Bank and CEPR, 2009) and “The WTO and Accession Countries” (Edward Elgar, 2009).

Have policymakers exhausted the margins of maneuver that differentiated 2009 from 1929?