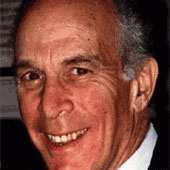 Subsequently, he served in the Clinton Administration as Policy Advisor at the U.S. Department of Commerce, working on forces on medical errors, health care privacy and health care costs.

From May 2000 to May 2003, he was Visiting Fellow at the American Enterprise Institute. During his time at AEI, he wrote “The Competition Solution, The Bipartisan Secret Behind American Prosperity.”

He also wrote one of the first books on “privatization” in economic development entitled, “The Role of Merchants in Development.”

He is also the author of many articles in the area of political economy in The New York Times, The Washington Post, Newsday, The New Republic, Public Utilities Quarterly and other journals.

Articles by Paul A. London

How did Presidents Gerald Ford and Jimmy Carter tackle high prices in key sectors of the U.S. economy?

How realistic is the hope to reform the U.S. healthcare and education sectors?