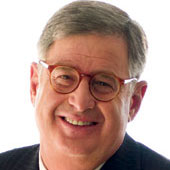 Sam Palmisano is chairman of the Board of IBM and chair of IBM’s Executive Committee.

Mr. Palmisano was president and chief executive officer of IMB through 2011. He is a graduate of Johns Hopkins University.

Moving Toward a Smarter World

Will the explosion of data be to the 21st-century economy what electricity was to the 19th?