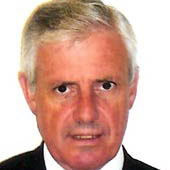 Sean Cleary is Chairman of Strategic Concepts (Pty) Ltd., Managing Director of the Centre for Advanced Governance, Founder and Executive Vice Chair of the FutureWorld Foundation and Chairman of Atlantic Holdings (Pty) Ltd.

He studied social sciences and law at the University of South Africa, the University of Cape Town and Pahlavi University in Iran, and holds an MBA from Henley Management College at Brunel University in the United Kingdom. He served in the South African Navy on the staff of the Commander Maritime Defence before beginning a diplomatic career in the Middle East, the United States and Namibia. As Chief Director in Namibia in the mid-1980s, he initiated negotiations between all political parties, the release of political prisoners and the adoption of a Bill of Rights, paving the way for independence.

He is the co-author, with Thierry Malleret, of two books on risk: “Resilience to Risk” (Human and Rousseau, 2006), and “Global Risks” (Palgrave Macmillan, 2007).

Can we get to a situation where accumulation for the sake of accumulation will no longer be regarded as the measure of human welfare?

Averting a Tragedy of the Global Commons

What can be done to strengthen global stewardship of shared resources like the oceans and the atmosphere?