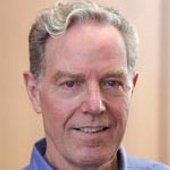 Uwe Reinhardt is the James Madison Professor of Political Economy at Princeton University.

Following wide-ranging academic and policy interests, he is especially known as a leading scholar in health care economics, not just regarding the U.S. system, but also around the world.

He has also worked with the Institute of Medicine of the National Academy of Sciences as a member since 1978. He served as president of the Association of Health Services Research and, from 1986 to 1995, worked as a commissioner on the Physician Payment Review Committee.

He is or was a member of the Journal of Health Economics, Health Affairs, the New England Journal of Medicine, and the JAMA (Journal of the American Medical Association) editorial boards.

Uwe Reinhardt, who was born in Germany, initially immigrated to Canada, where he received his Bachelors degree from the University of Saskatchewan. In 1970, he received a PhD in economics from Yale University.

Immigration to Germany: The “Sleeper” Issue

Will Germany have to contend with a bout of U.S.-style “affirmative action”?

How to get one’s mind around the massive wave of haphazard immigration into Germany?

On Iraq, Dick Cheney Used to Be a Truth Teller

Before he became Vice President, Cheney acknowledged that Iraq could disintegrate following a U.S. invasion.