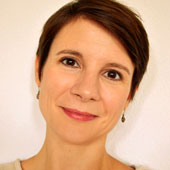 Ms. Engammare has also held positions as the regional manager for Southeast Asia at the Swiss Organisation for Facilitating Investments (2005-07) and a research fellow at the Evian Group at IMD (2002-05).

Economic integration alone does not suffice to keep a dependable peace.