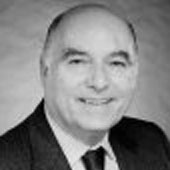 Vito Tanzi has served as director of the fiscal affairs department at the IMF since 1981. He started at the IMF in 1974 as chief of the tax policy division.

He was also a senior associate in the Economic Reform Project at the Carnegie Endowment for International Peace and from 1990 to 1994, he also served as president of the International Institute of Public Finance.

Before joining the IMF, Mr. Tanzi was professor and chairman of the department of economics at American University. He has also been on the faculty of the George Washington University and a consultant for the World Bank, the United Nations, the Organization of American States, and the Stanford Research Institute.

He has published widely on fiscal policy and other economic issues in books and journals. He is known for his research on Latin American economies and the “Tanzi effect.”

Mr. Tanzi’s most recent publications include "Public Spending in the 20th Century: A Global Perspective", "Policies, Institutions, and the Dark Side of Economics" and "Taxation in an Integrating World".

Is the United States Following Italy’s Lead on Debt?

Why is the United States increasingly resembling the fiscal basket case of Europe?