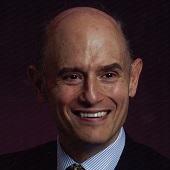 Trustee of the Aspen Institute

William A. Nitze is a trustee at the Aspen institute and serves on the Advisory Board of the Krasnow Institute for Advanced Study at George Mason University and as President of the Committee for the Republic. He is also involved in the leadership of the Oceana Energy Company, Clear Path Technologies and GridPoint, Inc.

He has held key positions in government, non-governmental organizations and the private sector in the United States and abroad. From 1994 to 2001, he served as assistant administrator for international activities at the U.S. Environmental Protection Agency.

He was president of the Alliance to Save Energy from 1990 to 1994. Before that, he was deputy assistant secretary of State for Environment, Health and Natural Resources from 1987 to 1990. In that capacity, he had a lead role in international negotiations on global issues such as climate change, ozone layer protection and trans-boundary air pollution. Early in his career, Mr. Nitze worked in the legal department of Mobil Oil Corporation and was general counsel of Mobil Oil Japan from 1976 to 1980.

In addition to his involvement with the Aspen Institute and the Krasnow Institute, Mr. Nitze is also an adjunct fellow at the Center for Strategic and International Studies.

Mr. Nitze is a graduate of Harvard College, Wadham College, Oxford, and Harvard Law School. He is a member of the State of New York and U.S. Supreme Court Bars.

Articles by William A. Nitze

Vladimir Putin’s obsession with power could cause Russia to slip down the dragon’s throat.