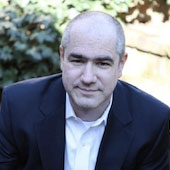 From 2008 to 2009, Mr. Dobson was a visiting scholar at the Carnegie Endowment for International Peace. He has received fellowships from Harvard University, the University of Chicago and Stanford University. In 1994, he was awarded a Harry S. Truman Scholarship.

What flaws do conservative Chinese thinkers see in Western democracy compared with their own system?