Don’t Count the Democrats Out Just Yet

Why U.S. Republicans may not gain another unearned victory in the fall. 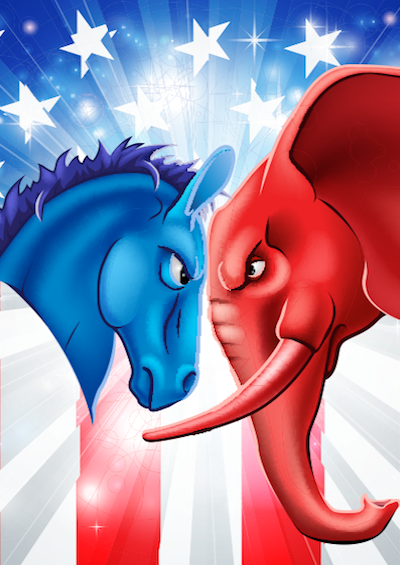 Washington insiders are nearly unanimous is forecasting doom for the Democratic Party in the November mid-term elections. And based on current public opinion polls, the list of states in which Republicans are expected to take away seats from the Democrats is impressive.

Indeed, the math alone — on seats to be defended by each party — is very unfavorable for Democrats in the Senate. This presents Democrats with a momentous task to maintain control of the chamber. But the pundits may be ignoring the ever-shifting sands of American politics, where outcomes are not always so easily forecast.

The first major event of the 2014 election season took place on the last day of March, when the Obama Administration took the count of ACA enrollees.

The early expectation had been that 7 million people would enroll in the news health care plans. On Monday, it turned out that registrations surpassed government expectations, with over 7 million enrolled and another million on waiting lists to start the enrollment process.

From a purely technological standpoint, the Obamacare rollout was the biggest e-commerce launch in history — over $2 billion per month in sales. Nothing in the history of the Internet has ever even come close.

As a consequence of this result, the GOP may have lost its advantage on its signature issue going into the midterms. If ongoing registration continues apace through November, Republicans could find enrollment swelling to ten million and beyond, just as Americans head to the polls.

As a result, Republicans may find themselves attacking something that people are starting to grow comfortable with — perhaps even liking.

If that happens, count on Republicans trying to pivot. They may suddenly start arguing (as they have done the previous two cycles, without much specificity) that they merely want to “replace” and “improve” Obamacare — not “repeal” it.

Of course, the American public must at this point wonder what such a “replacement” plan could look like, especially after Republicans voted for various “repeal” or “replace” bills 50 times since January 2011.

The bottom line is that Obamacare will be reduced to a philosophical debate, where both sides have good points to make. But a philosophical debate this fall is a far cry from a front-page example — such as the initial stumble of the rollout last fall — of how big government (supposedly) never gets things right.

Of even greater significance, the health care issue could give Democrats greater license to go on the offensive, especially with respect to the economy.

After years of Republican demagoguery, there is a sizable number of Americans who, while they feel very uncertain about their future in general, now see themselves in a distinctly better situation.

Democrats can say with validity that Administration policies are bringing about economic recovery and job creation. Both issues, long a headwind for the Democrats, are turning into a tailwind — which could help them gain more traction in the run-up to November.

As with health care, Obama is being vindicated by the numbers. Overall employment is rising — and people are returning to the work force. At the same time, U.S. GDP growth is at a very respectable 2.8%. Property values are back at pre-recession levels, according to the S&P Case Shiller Index, and the financial markets continue to set new highs. Meanwhile, inflation — which Republicans have used as their silver bullet to oppose Democratic monetary and fiscal policy — is nowhere in sight.

The reality is that the GOP has been wrong, wrong and wrong again when it comes to the economy. Their only success has been to stall, delay and push aside all Obama initiatives, without offering a viable replacement strategy.

Even now, the GOP has not moved beyond its steady drip, drip, drip of negativism. Republicans have not gotten past the tropes of the past five years, including “slowest recovery” and “job-killing policies,” which in itself has served consistently to undermine consumer and investor confidence.

A calm hand in a hot world

On foreign relations, too, the Democrats should be able to win this issue. In that effort, they are greatly aided by that poster boy of Stranglovian interventionism, John “We are all Georgians/Libyans/Egyptians/Syrians/Ukrainians now” McCain.

Based on polls, Americans don’t get the fuss Republicans make about Benghazi. They don’t care about Ukraine — and they don’t want America to be the world’s policeman. They don’t believe that political machinations in these far-off places are in America’s best interests.

As always, as they have practiced so ardently, it is easy for Republicans to attack — and go ad hominem. It is far harder for the GOP to define acceptable and prudent U.S. policies for Russia, Syria, Saudi Arabia, Egypt, Libya, China — and dozens of other countries currently undergoing social, political or economic upheaval.

A matter of the environment

And then, there is a serious tactical opportunity for Democrats with respect to the environment.

The increasing global incidence of droughts, hurricanes and typhoons, cyclones and tornadoes, extreme cold spells and hot spells are planting seeds of doubt concerning carbon emissions among all but the most ardent GOP adherents.

Tactically, environmental catastrophes in West Virginia and North Carolina could help Democrats undermine the “environment-be-damned” philosophy that is prevalent in those states.

Add to these stress points the more basic issues that are so important to the majority of women, the poor and recent immigrants. These are important issues where Democrats already hold an advantage, like reproductive rights and equal pay, like food stamps and extended unemployment benefits for the less well-off, and like the elements of the Dream Act for recent immigrants.

The Republicans, meanwhile, do nothing but apply their usual policymaking prescriptions — deny the issue(s), delay the issue(s) and then demagogue them for all they are worth.

But will it matter?

Of course, such a strategy for the Democrats presumes that Americans will pay attention. That is always a big question, but the Democrats should not be deterred.

Rather than playing to either side, they should focus on the golden middle that is up for grabs. There, minds can be changed and attitudes reshaped — provided that Democratic politicians use the political ammunition at their disposal in earnest.

In order to take that fight to their Republican opponents successfully, Democrats must run on their record rather than running away from it. A short list would draw out the full contrast of how most people are better off with Democrats on their side than with the Republicans.

From a purely technological standpoint, the Obamacare rollout was the biggest e-commerce launch in history.

By November, Republicans may find themselves attacking something people are growing comfortable with – even liking.

Obamacare is likely to be reduced to a philosophical debate, where both sides have good points to make.

Democrats up for election this year may find it more advantageous to run on the Obama record than away from it.

The Republican agenda of the past 5 years – deny, delay, dispute – has struggled to produce policy alternatives.

From a purely technological standpoint, the Obamacare rollout was the biggest e-commerce launch in history.

By November, Republicans may find themselves attacking something people are growing comfortable with – even liking.

Obamacare is likely to be reduced to a philosophical debate, where both sides have good points to make.

Democrats up for election this year may find it more advantageous to run on the Obama record than away from it.

The Republican agenda of the past 5 years – deny, delay, dispute – has struggled to produce policy alternatives.

Geopolitics at a Beijing Teahouse