Europe After World War II: Rising from the House of the Dead

How does Europe’s recent history continue to inform its present and future?

How does Europe's recent history continue to inform its present and future? 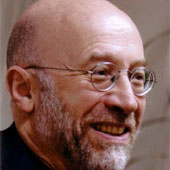 But that was in 1825, when the price for admission to the modern world was the relinquishing of an oppressive heritage of Jewish difference and isolation. Today, the price of admission to Europe has changed.

In an ironic twist that Heine — with his prophetic intimations of "wild, dark times rumbling towards us" — would have appreciated better than anyone, those who would become full Europeans in the dawn of the 21st century must first assume a new and far more oppressive heritage.

Today, the pertinent European reference is not baptism. It is extermination. Holocaust recognition is our contemporary European entry ticket.

In 2004, President Kwasniewski of Poland — seeking to close a painful chapter in his nation's past and bring Poland into line with its European Union partners — officially acknowledged the war-time sufferings of Polish Jews, including their victimization at the hands of Poles themselves.

Even Romania's outgoing President Iliescu, in a concession to his country's ambition to join the European Union, was constrained the following year to concede what he and his colleagues had long and strenuously denied — that Romania, too, played its part in the destruction of the Jews of Europe

To be sure, there are other criteria for full participation in the family of Europe. Turkey's continuing refusal to acknowledge the “genocide” of its Armenian population in 1915 will be an impediment to its achieving EU membership.

Similarly, Serbia will continue to languish on the European doorstep until its political class takes responsibility for the mass murders and other crimes of the Yugoslav wars.

But the reason crimes like these now carry such a political charge — and the reason “Europe” has invested itself with the responsibility to make sure that attention is paid to them and to define “Europeans” as people who do pay attention to them — is because they are partial instances, in this case before and after the fact, respectively, of the crime.

In retrospect, it is the universal character of the neglect that is most striking. The Holocaust of the Jews was put out of mind not only in places where there were indeed good reasons not to think about it, like Austria — which had just one-tenth the population of pre-war Germany but supplied one in two of all concentration camp guards — or Poland.

But also in Italy — where most of the nation had no cause for shame on this score — or in Britain, where the war years were otherwise looked upon with pride and even some nostalgia.

The rapid onset of the Cold War contributed, of course. But there were other reasons, too. For most Europeans, World War II had not been about the Jews (except insofar as they were blamed for it), and any suggestion that Jewish suffering might claim pride of place was deeply resented.

The Holocaust was only one of many things that people wanted to forget. The German poet Hans-Magnus Enzensberger wrote, “In the fat years after the war, Europeans took shelter behind a collective amnesia.”

Between their compromises with Fascist administrators and occupying forces, their collaboration with wartime agencies and rulers and their private humiliations, material hardships and personal tragedies, millions of Europeans had good reasons of their own to turn away from the recent past — or else mis-remember it to better effect.

What the French historian Henry Rousso would later dub the “Vichy syndrome” — the decades-long difficulty of acknowledging what had really happened during the war and the overwhelming desire to block the memory or else recast it in a usable way that would not corrode the fragile bonds of post-war society — was by no means unique to France.

Every occupied country in Europe developed its own “Vichy syndrome.” The war-time privations of Italians, for example, both at home and in prison camps, diverted public attention from the suffering Italians had caused to others — in the Balkans, for example, or in Italy's African colonies.

The stories that the Dutch or the Poles told themselves about the war would sustain the national self-image for decades. The Dutch in particular set great store by their image as a nation that had resisted, while forgetting as best they could that 23,000 Dutchmen volunteered for the Waffen SS — the largest contingent from Western Europe.

The memory of Hitler

In certain respects, it was actually easier for Germans to engage and acknowledge the scale of their crime. Not, of course, at first.

As some observers had already predicted in 1946, the Germans successfully distanced themselves from Hitler — evading both punishment and moral responsibility by offering the Führer to the world as a scapegoat.

Indeed, there was considerable resentment at what Hitler had wrought — but at the harm he had brought down upon the heads of Germans, rather than because of what he and Germans had done to others.

Targeting the Jews, as it seemed to many Germans in these years, was not so much Hitler's greatest crime as his greatest error in a 1952 survey. Nearly two out of five adults in West Germany did not hesitate to inform pollsters that they thought it was “better” for Germany to have no Jews on its territory.

As in Germany, the trigger for Dutch interest in their occluded past was the early 1960s Israeli and German trials. And in the Netherlands as elsewhere, the post-war baby-boomers were curious about recent history and more than a little skeptical of the story they had been told — or, rather, not told — by the “silent generation” of their parents.

The social changes of the 1960s helped breach the wall of official silence about the occupation. It also helped break down social and sexual taboos in parts of the Netherlands, notably Amsterdam, that had deeply disruptive implications for hitherto conservative society — and triggered a suspicion of other received practices and cultural truisms.

The exception, of course, is France. And it is the tortured, long-denied and serially incomplete memory of France's war — of the Vichy regime and its complicitous, pro-active role in Nazi projects, above all the Final Solution — that has back-shadowed all of Europe's post-war efforts to come to terms with World War II and the Holocaust. It is not that France behaved the worst. It is that France mattered the most.

The Western solution to the problem of Europe's troublesome memories has been to fix them, quite literally, in stone. By the opening years of the 21st century, plaques, memorials and museums to the victims of Nazism had surfaced all across Western Europe, from Stockholm to Brussels.

In some cases, they were amended or “corrected” versions of existing sites — but many were new.

Some aspired to an overtly pedagogical function. For example, the Holocaust Memorial which opened in Paris in January 2005 combined two existing sites, the “Memorial to the Unknown Jewish Martyr” and a “Centre for Contemporary Jewish Documentation.”

Building from the devastation

The center is complete with a stone wall engraved with the names of 76,000 Jews deported from France to Nazi death camps. It echoes both the U.S. Vietnam Memorial and, on a much reduced scale, the ambitions of the Yad Vashem in Jerusalem or the Holocaust Memorial Museum in Washington, D.C.

The overwhelming majority of such installations were indeed devoted — in part or whole — to the memory of the Holocaust, and the most impressive of them all was opened in Berlin on May 10, 2005.

Mortgaged to the past

If in years to come we are to remember why it seemed so important to build a certain sort of Europe out of the crematoria of Auschwitz, only history can help us.

The new Europe, bound together by the signs and symbols of its terrible past, is a remarkable accomplishment — but it remains forever mortgaged to that past.

If Europeans are to maintain this vital link — if Europe's past is to continue to furnish Europe's present with admonitory meaning and moral purpose — then it will have to be taught afresh with each passing generation. “European Union” may be a response to history, but it can never be a substitute.

Editor’s Note: This feature is excerpted from “POSTWAR: A HISTORY OF EUROPE SINCE 1945” by Tony Judt. Copyright 2005 Penguin Press. Reprinted with permission of the publisher.

The "Vichy Syndrome" — the decades-long difficulty of acknowledging what had really happened during the war — was by no means unique to France.

The stories that the Dutch or the Poles told themselves about the war would sustain the national self-image for decades.

In certain respects, it was actually easier for Germans to engage and acknowledge the scale of their crime.

France has a long-denied and serially incomplete memory of the war. It is not that France behaved the worst. It is that France mattered the most.

Nearly two out of five adults in West Germany did not hesitate to inform pollsters that they thought it was "better" for Germany to have no Jews on its territory.

The "Vichy Syndrome" — the decades-long difficulty of acknowledging what had really happened during the war — was by no means unique to France.

The stories that the Dutch or the Poles told themselves about the war would sustain the national self-image for decades.

In certain respects, it was actually easier for Germans to engage and acknowledge the scale of their crime.

France has a long-denied and serially incomplete memory of the war. It is not that France behaved the worst. It is that France mattered the most.

Nearly two out of five adults in West Germany did not hesitate to inform pollsters that they thought it was "better" for Germany to have no Jews on its territory.

In Memoriam: Tony Judt on the Future of Decadent Europe