What lessons can the present leaders of Europe and the United States learn from ancient Roman history?

By Charles A. Kupchan

What lessons can the present leaders of Europe and the United States learn from ancient Roman history? 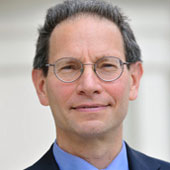 It is too soon to tell whether Washington and Brussels will head down the same road as Rome and Constantinople — toward geopolitical rivalry — but the warning signs are certainly present.

The United States already feels pressured by the euro and the growing strength of Europe's economy and its top corporations. The EU's geopolitical ambition is still limited, but there are clear signs of wind in the sails.

And although America has called for the EU to do more on defense, Washington is none too pleased about having to make room for a more assertive and independent Europe.

Perhaps America and Europe are experiencing growing pains. Perhaps the political grandstanding will soon die out. If history is an indication, however, this tentative competition is likely to develop into a more serious rivalry.

Skeptics may object to the analogy drawn between the contemporary Western world and the Roman Empire of the fourth century, arguing that times have changed and politics have moderated. The emerging relationship between North America and Europe will therefore bear no resemblance to the testy confrontation between Rome and Byzantium.

It is true that social values have evolved over the centuries and that political and religious violence — especially among liberal democracies — is much less prevalent today than during Roman times. America and Europe have carved out a political community in which war between them borders on the unimaginable.

And yet, the rise of Europe and the resulting competition with America will have geopolitical consequences.

As the United States currently sits atop the international pecking order, the EU's search for greater autonomy and status will, at least initially, take the form of resisting U.S. influence — and ending its long decades of deference to Washington.

Some of Europe's leaders have already been vocal in expressing their disgruntlement with America's might and its overbearing ways. France's former Foreign Minister Hubert Vedrine complained in 1999 that "we cannot accept a politically unipolar or a culturally uniform world, or the unilateralism of the one and only American megapower."

President Jacques Chirac was in complete agreement: "We need a means to struggle against American hegemony".

Immediately after meeting with Chinese President Jiang Zemin in December 1999, Russian President Boris Yeltsin proclaimed that "we arrived at a conclusion that the unipolar scheme is no good. We need a multi-polar structure."

Valéry Giscard d'Estaing opened the EU's constitutional convention in March 2002 by noting that successful reform of the union's institutions would ensure that "Europe will have changed its role in the world'. "It will be respected and listened to," he continued, "not only as the economic power it already is, but as a political power that will speak as an equal with the largest existing and future powers on the planet."

Romano Prodi, president of the European Commission, agreed to one of the EU's chief goals is to create "a superpower on the European continent that stands equal to the United States.”

These statements and others like them have been intended to appeal to domestic electorates as well as to guide European policy. But even as political rhetoric, these exhortations are revealing.

Europeans still share a historical affinity for the United States, but they also feel estranged from a society wedded to gun ownership and capital punishment.

The United States and Europe have long gone their separate ways in the Middle East, particularly over Iran and Iraq. Most Europeans opposed America’s war to topple Saddam Hussein.

The United States and Europe are also likely to engage in more intense competition over trade and finance. America and Europe today enjoy a remarkably healthy economic relationship, with both parties benefiting from strong flows of trade and investment. A more assertive Europe and a less competitive American economy do, however, make it likely that trade disputes will become more politicized.

For example, when the Bush Administration announced new tariffs on imported steel in March 2002, the EU vowed to contest the move at the WTO. Pascal Lamy, the EU's top trade official, commented that "The U.S. decision to go down the route of protectionism is a major setback for the world trading system."

At issue are competing values, not just competing interests. The two sides of the Atlantic are separated by quite different social models. Despite continuing deregulation across Europe, America's laissez-faire capitalism contrasts sharply with Europe's more state-centered economy.

While Americans decry the constraints on growth stemming from the European model, Europeans look askance at America's income inequalities, its consumerism — and its willingness to sacrifice social capital for material gain. The two have also parted company on matters of statecraft.

Europeans still share a historical affinity for the United States, but they also feel estranged from a society wedded to gun ownership, capital punishment and gas-guzzling cars. At root, America and Europe adhere to quite different political cultures.

And the cultural distance appears to be widening, not closing, putting the two sides of the Atlantic on diverging social paths.

This divergence over values as well as interests is likely to deal a serious blow to the effectiveness of international organizations. Most multilateral institutions currently rely on a combination of U.S. leadership and European backstopping to produce consensus and joint action.

The United States and Europe often vote as a bloc, leading to a winning coalition in the UN, the IMF, the World Bank and many other bodies. Such coordination quietly and steadily keeps these international institutions on track.

When Europe resists — rather than backstops —American leadership, multilateral organizations are more likely to be faced with gridlock, if not paralysis. Early signs of such resistance are already visible.

The Europeans pressed ahead with the establishment of the International Criminal Court despite U.S. objections. When the ICC came into being on July 1, 2002, the Bush Administration made known its displeasure by threatening to withdraw U.S. personnel from the U.N. mission in Bosnia unless American forces were granted protection from prosecution by the court.

After Washington defected from the Kyoto Protocol, EU members joined with Japan and 150 other countries to finalize the agreement on global warming in July 2001.

None of these scenarios could plausibly lead to armed conflict between the United States and Europe. But any one of them could result in a dramatically different — and much less benign — world than the one we live in today.

By 2025, America and Europe may both be spending much more time worrying about the rise of Asia than about each other. For now, however, it is Europe that is emerging as America's only major competitor.