What opportunities lie ahead for France — and how can it be part of the global integration process?

What opportunities lie ahead for France — and how can it be part of the global integration process? 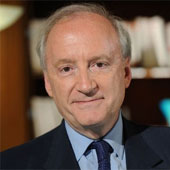 Dominique Moïsi: What exactly do we French have to offer to the world in an age of globalization?

Hubert Védrine: This sounds like a question that an American chief executive officer at Davos would ask: Does your tax system offer us more than that of your neighbor? What do you have to offer us?

Put that way, your question somewhat takes me aback. Who is supposed to judge what we have to offer — the people who meet at the World Economic Forum in Davos? The New York Stock Exchange? Pension funds? The U.S. Congress? The Scandinavian Nobel Prize committee? The French, for their part, are asking themselves what globalization has to offer them.

Moïsi: Are the cards in France’s deck well adapted to the process of globalization? Is France more of a good student — or a black sheep?

Védrine: A good student of which teacher? I don’t think in these terms. But let’s admit it: Globalization does not automatically benefit France.

Globalization develops according to principles that correspond neither to French tradition nor to French culture. These principles include the ultraliberal market economy, mistrust of the state, individualism removed from the republican tradition, the inevitable reinforcement of the universal and “indispensable” role of the United States, common law, the English language, Anglo-Saxon norms, and Protestant — more than Catholic — concepts.

Historically, French identity has been defined by and built upon a strong central state — first monarchical, and then republican. It was painstakingly built by jurists and based on the idea that France had a specific political, legal and cultural role to play in the world. France must thus make an exceptional effort to adapt.

Moïsi: All well and good. But can these assets be used as in the past?

Védrine: Of course not, but France has very good cards in its deck, so long as it proves able to keep changing its behavior. For me, that’s the key. To put it briefly, France’s population and territory are only of average size compared to the biggest countries out there, but France is very homogeneous.

It’s a country that, largely because of its history, continues to exercise considerable influence around the world — but which is still very dynamic. It’s a country that over the past 20 years or so has succeeded in achieving economic and social changes that place it, depending on what criteria you use, in fourth or fifth place out of 189 countries in the world, which is pretty good.

It’s a country whose leading companies are now among the best in the world, which has managed to transform its agricultural sector into an ultramodern instrument of production and export, whose technologies are among the most advanced, whose social policy remains extraordinarily generous — and which, for the last four years, has managed to reduce unemployment, now below the threshold of ten percent.

It is a country that fascinates and attracts others. With over 70 million visitors per year, it is the most visited in the world. It is a country with particular political capabilities to lead, with a top-flight administration and diplomatic service.

To get our ideas accepted, to reach new objectives — such as European defense, new international economic and financial rules, the fight against corruption, the advancement of peace in the Middle East — we can’t act alone, by statements or decrees.

To succeed, you’ve got to be capable of convincing others, of leading and forming coalitions to build majorities who agree with you on blocking minorities.

This requires a certain way of acting toward others that is antithetical to some of our national reflexes, be they chauvinistic or even universalistic. And you have to agree to work with the United States, which is involved everywhere, without getting hung up about it.

Thus, we couldn’t keep acting like a great power that thinks its job is to pass on its “message” to others. That remains true in certain important cases. But we’ve got to be careful lest our European partners end up saying that, if by chance the French were to find themselves in the same position as the Americans today, they’d be even more unbearable than the Americans. Many Europeans think this already.

But here too, let me repeat, it depends on how you do it. Just because France has a vision of the world, of democratization, of development and regulation, does not mean it does not have the right — and even the duty to defend its interests. There is no contradiction between defending our vision and our interests.

Moïsi: That requires a certain modesty in the presentation of the defense of our interests. Are we capable of this?

Védrine: There are all sorts of reasons to be proud of our country. Rather than speaking of modesty, I’d speak of simplicity. Let’s take care, as French people, to avoid the arrogance that we’re sometimes criticized for — sometimes without good reason, though not always.

Let’s not go around acting like the “Great Nation” that the German-language press always makes fun of. France is no longer an empire, and it should not mistake itself for a hyperpower.

Still, France is a great country — and there is no reason for the French to underestimate themselves either. France is almost always a major player, as you can see when you consider just about any of the big global issues. We’ve just got to find the right tone.

© 2001 The Brookings Institution
Adapted from France in an Age of Globalization. Reprinted
with the permission of the author.

America’s SUVs — Will Putin Come to the Rescue?