Globalization and the End of Imperialism

Why has the 20th century been so unkind to imperialism?

Why has the 20th century been so unkind to imperialism? 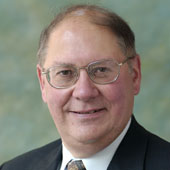 Former Director, Department of Research, International Monetary Fund Michael Mussa (1944–2012) was a senior fellow at the Peterson Institute for International Economics from 2001 to 2012. From 1991 to 2001, he served as economic counselor and director of the Department of Research at the IMF. Mr. Mussa served as a member of U.S. President Ronald […]

If you went there, you would find a large, rather ugly statue commemorating Prussia’s victory in the Franco-Prussian War of 1870-71. Notably, this was the last important European war in which the victor ended up better off because of the conflict. Not that we should regret it, but it is relevant to ask why the 20th century was so unkind to imperialism.

The United States and the Soviet Union did emerge as the two global superpowers after World War II. But even though the Soviet Union suffered horribly during the war, its subsequent efforts to preserve an empire ended in failure in 1990. And the postwar prosperity enjoyed by the United States certainly was not the consequence of its military victory.

Before the 20th century, however, these things often turned out quite differently. For those who were good at it, military aggression and imperialism often paid off economically. The Vikings, for example, pillaged with enthusiasm and success along the coasts and rivers of Europe in the 9th and 10th centuries.

Spain grew rich on the new world plunder gathered up by a few hundred conquistadors early in the 16th century. Britain prospered during the 17th, 18th, and 19th centuries from its far flung empire.

The other European imperialists who came relatively early to the game — the Portuguese, the Dutch, the French and (to some extent) the Belgians — also profited. The latecomers — the Germans and the Italians — did not. Austria’s central European empire generally prospered and expanded from the 16th through the 19th century. Over six centuries, the Czars built the huge Russian Empire.

And, for 1,600 years, Constantinople (now Istanbul) retained its importance as an imperial capital, under the Romans, Byzantines and Ottoman Turks. Indeed, by the end of the 19th century, the political map of the world was, to an impressive extent, a patch quilt of different empires. This political reality clearly influenced patterns of global economic integration, which tended to be stronger within rather than across imperial domains.

By the end of the 20th century, all of this had changed. Except for a few bits and pieces, the empires that had existed a century before (and many for long before that) were gone. Efforts to create new empires during the 20th century — by the Germans, Italians, Japanese, and Soviets — all failed.

As a consequence of this substantial change in the political organization of the world, there were important changes in its economic organization as well. Flows of trade, capital and people that a century ago were channeled within empires now generally take place on a more diversified basis.

This is true, for example, of Great Britain, where trade with colonies and commonwealth partners has declined substantially relative to trade with former rival imperial powers in Europe.

It is also dramatically true for the transition countries of Central and Eastern Europe and the former Soviet Union. Since 1990, trade among them has declined enormously, while trade with the rest of the world has picked up substantially.

Obviously, imperialism is a matter of public policy. So the short answer to the overarching question of why the 20th century was unkind to imperialism is that public policy changed. But why this policy change on a global scale? Tastes are probably part of the answer. Just as moral revulsion against slavery was critical to its suppression in the 19th century, revulsion at the great carnage of war and the brutality of oppression have helped turn the tide against imperialism in the 20th century.

Mass communications that graphically portray carnage and brutality have contributed to the change in public attitudes. Perhaps more important, however, is the shift in technology that has made imperialism an inefficient, if not counterproductive, means of improving economic welfare.

Although he apparently did not fully appreciate his own wisdom, Napoleon once observed, “A bayonet is good for just about anything, except to sit on.” The 20th century has been a very uncomfortable time for imperialists to seek to impose their will on other peoples — either for economic gain or for other reasons. Unwelcome efforts to exert control over an alien people, especially in the face of armed opposition, tends to be very expensive in blood and treasure.

In contrast, devoting resources to domestic economic development through efficient investments in physical and human capital and development and exploitation of new technologies is an attractive and reliable path to improved national economic well-being. This is the experience and the lesson of the past century.

As this lesson is fast becoming more broadly understood and appreciated, the prospect is that the process of global economic integration — which is being driven by essentially irresistible forces of technological advance — will take place through voluntary means. People around the world will decide to participate — through trade, through movements of people and capital and through accessing information and taking advantage of new technologies — because they see the benefit to them of such participation.

Unlike too many unfortunate episodes in the past, participation in the global economy will not occur at the point of a sword or facing the muzzle of a gun. This, perhaps more than anything else, provides the reasonable assurance that the fundamental forces that are driving global economic integration are, in fact, driving the world toward a better economic future.

Former Director, Department of Research, International Monetary Fund Michael Mussa (1944–2012) was a senior fellow at the Peterson Institute for International Economics from 2001 to 2012. From 1991 to 2001, he served as economic counselor and director of the Department of Research at the IMF. Mr. Mussa served as a member of U.S. President Ronald […]

Russia and America: Brothers in Arms?