Got a Problem? — Create a New Agency!

Why does the U.S. government continue to create new agencies instead of improving existing ones?

Why does the U.S. government continue to create new agencies instead of improving existing ones? 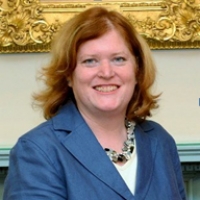 Why is it that every time politicians in Washington want to demonstrate to their constituents that they care about an emerging problem or issue, they call for the creation of a new agency?

It's not that reshuffling the bureaucracy every now and then is a bad idea. But if you are going to create something new, it helps if you have a very clear idea of the goal you are trying to achieve before moving the boxes around on an organization chart.

President Bush, despite his roots in the conservatism of President Ronald Reagan, is not immune to the phenomenon.

The best-known example, of course, is the Department of Homeland Security (DHS) — which stands as a cautionary tale for anyone contemplating creating other new government agencies.

Called the largest government reorganization since Truman's time, the idea for a new agency originated in Congress, was initially opposed by the White House — yet ultimately endorsed by the President.

The result — after merging some 22 government offices and 170,000 employees into one huge colossus at the end of January 2003 — is not impressive.

The reorganization is failing to address key problems, such as the institutional inability of the FBI and CIA (both excluded from the reorganization) to share intelligence.

State and local governments have been highly critical of the lack of federal support for "first responders."

The use of immigration law to fight terrorism has diminished civil liberties, while alienating Arab-American and Muslim-American communities.

And Americans do not feel safer. (The ingenious DHS tip for safe airplane travel at Thanksgiving 2003: Allow plenty of time to check-in and go through security.)

I admit that it is hard for political appointees — of any party — to fix entrenched bureaucratic problems.

The incentive is to take credit for showy, quick fixes — or just to work around structural problems — and avoid the unrewarding work of sorting out and settling thorny bureaucratic problems.

Perhaps because the U.S. government was neither prepared nor structured to occupy a country, the U.S.-led invasion of Iraq has spawned the creation of an entirely new set of offices — most notably the Coalition Provisional Authority (CPA).

A former diplomat, Paul Bremer, runs the CPA and reports to the secretary of Defense.

The Pentagon also launched, but then had to shut down, a new propaganda office. It is now busy creating a new CPA Iraq Project Management Office in Baghdad to oversee reconstruction spending.

This transferred — but did not completely remove — responsibilities previously handled by the U.S. Army Corps of Engineers and experts in relief and reconstruction at the U.S. Agency for International Development (USAID).

Over time, the CPA's job is going to get trickier, as it will need to coordinate more — with Iraqi authorities, a growing list of private contractors and an expanded roster of representatives from the international community.

Beyond Iraq, unhappiness with USAID may have contributed to President Bush's decision to create the Millennium Challenge Account (MCA), a new foreign aid agency that will make grants to developing countries if they adopt political and economic reforms.

Mr. Bush's announcement was praised by rock stars and relief agencies — and interpreted as an example of compassionate conservatism.

But, if USAID isn't working, isn't it the President's responsibility to fix it?

Why is creating a redundant new agency — the sixth major agency to run foreign aid programs, after USAID, State, Treasury, Agriculture and Defense — that will compete against the others for limited resources, such a great idea?

Other, smaller offices have also been created — although the emerging threat to which these offices respond is not clear.

The White House has a new Office of Faith-based and Community Initiatives — and Faith-based Centers have been set up at the Departments of Education, Health and Human Services, Housing and Urban Development, Justice, Labor and Agriculture — as well as USAID.

While the creation of these offices delivers on a campaign promise to conservative Christian groups, their creation was controversial and opposed by many other organizations concerned about separation of church and state, including other religious organizations.

The Bush Administration claims it does not want to fuel growth in the federal bureaucracy.

It insisted that it would not use permanent civil servants, for example, to staff both the DHS and the MCA. Yet, the size of the federal government is growing. And the Bush Administration has no qualms about expanding the number of government offices helping Americans to serve as volunteers.

In addition, we now have the newly-minted Citizen Corps, to help respond to emergencies, and the Volunteers for Prosperity initiative, to send volunteers to work on development projects overseas — which sounds suspiciously like the Peace Corps.

All of these now come under the USA Freedom Corps (announced in January 2002) in order "to capture the spirit of service that has emerged throughout our communities following the terrorist attacks."

President Bush has not explained why this spirit had to be captured by the U.S. government.

Nonetheless, the USA Freedom Corps serves as a "coordinating council" housed at the White House and chaired by the President himself.

Congress, too, loves to ask or direct the executive branch to create special offices — or special ambassadors — to deal with problems.

Members may feel that a special envoy, with direct access to a cabinet secretary, can help focus attention on important issues. It is true that creation of a new position can make clear who is accountable for a problem.

But adding many special envoys or senior advisers can turn into a bureaucratic nightmare, prompting span of control problems for cabinet secretaries, demoralizing line agencies and offices and creating "too many chiefs" — each demanding staff to support them.

Sometimes incentives are put in place that inadvertently encourage the proliferation of new agencies, offices and task forces. This is particularly true if you are more likely to get promoted for creating something new, than for just doing a good job continuing a project started by your predecessor.

What a novel idea that would be: To deal with a problem by continuing efforts already begun, allowing them to come to fruition — or perhaps even fine-tuning them.

Scholars who study the presidency have observed how power continues to shift from the line departments and agencies to offices around the White House — run by appointees who are not confirmed by the Senate.

Nonetheless, some still call for the creation of departments: Michael McFaul of Stanford's Hoover Center proposes a Department for Democratic State Building headed by — what else? — a cabinet-level official.

Retired General Wesley Clark, now running for president, thinks a Department for International Assistance is needed. The problems they identify — the need to foster democracies in the Middle East, and U.S. shortsightedness as an aid donor — are real.

But are two additional federal departments really the solution? The president's cabinet now includes the Vice President, the White House Chief of Staff, and 19 agency heads.

A recent poll of 800 Americans found that a majority (58%) could not identify even a single department in the United States cabinet.

Only 4% of respondents were able to name five agencies. None of the 800 respondents could name all 19 cabinet agencies.

Clearly "the cabinet" does not have much resonance among the American people — and has only slightly more relevance inside the Washington, D.C. beltway.

Occasionally it meets for a presidential photo op — but the growing number of cabinet members finds it difficult to fit around the table in the cabinet room of the White House.

Creating new agencies is everyone's favorite solution to difficult problems. But the odds of that working are always long — and the Bush Administration's botched efforts are no exception.

Determining key goals, stating them clearly, mapping out a strategy and re-orienting existing agencies in order to achieve them would do more.

So would training and supporting government professionals to accomplish what they are supposed to do (and keep out of the business of promoting religious beliefs).

Pick Your Surprise for 2004