Was Hungary coaxed into EU membership — and did it have a choice?

Was Hungary coaxed into EU membership — and did it have a choice? 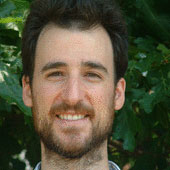 To the latter question, answers were the familiar promises and predictions: Broader economic opportunities through foreign investment and trade, greater ease in traveling abroad, a cleaner environment, improved health care.

To the former question, celebrity after celebrity answered that EU accession is as momentous an occasion as the adoption of Western Christianity a thousand years ago at the founding of the Hungarian state.

It is tempting to make such a comparison, since both are instances of Hungary casting its lot with Western Europe.

But if the program had included a historian among the actresses, opera singers and diplomats, he or she might have set the record straight.

In the big picture, Hungary’s joining the EU is not nearly as significant a step as King Stephen’s decision in 1000 AD to ally his nation with the Pope of Rome and adopt Western European economic, political, and cultural institutions.

That step represented a true crossroads in the history of the nation and the whole region. King Stephen could have chosen to adopt Eastern Christianity and Byzantine customs.

Or, like the Huns before and the Mongols after, he and his nomadic people could have kept their animist ways — and returned to Central Asia.

Hungary’s current decision to join the EU, however, gives little appearance of being a crossroads, or even a real choice.

On the surface it looks inevitable, carried by the tide of forces released in 1989 when Hungary abandoned socialism and the Russian sphere of influence and drifted back toward the West.

With characteristic fatalism, many Hungarians view it that way. But it was not fate that won the April 2003 referendum in favor of EU accession by a margin of 84% to 16%.

On the question of the euro, officials from Belgium have been quoted assuring Hungarians that there are “no disadvantages” to integration: Hungary has everything to gain and nothing to lose.

On a commuter-rail train in Budapest, a poster bemoans domestic violence and cruelty to animals in Hungary and says “EU — Let’s not be left out!”

Was this the voice of a frustrated NGO, hoping EU membership will force an otherwise unresponsive national government to finally implement appropriate policies and programs to address these problems?

No, in fact, the ad belongs to the governing party itself, which could address the problems if it wanted to. The ad is simply an emotional appeal: The EU will save us from ourselves. We will wake up one morning and find ourselves to be “true” Europeans — serene, secure, and civilized.

This effusiveness on the part of the Hungarian political parties and media for EU accession starts to make sense when one considers economic factors.

Some 66% of Hungary's industrial capacity, 70% of its financial institutions and 90% of its telecommunications infrastructure are in the hands of foreign investors — many of them Western European.

Political reality is catching up to economic reality. The foreign owners of the Hungarian economy want the security of having their investments under EU stewardship.

And the Hungarian opinion-making and decision-making elites are happy to hand over the reins, content with the knowledge that the EU will remain a secure market for Hungarian exports.

Unfortunately, the heavy-handed propaganda they chose to employ is damaging to democracy. It has alienated a lot of people.

The real story coming out of the referendum is not that 84% of votes were cast in favor of joining the EU, but that only about 45% of voters bothered to turn out. This compares with almost 75% in last year’s presidential election.

Ordinary Hungarians are not placated by the propaganda, they are bewildered by it.

Many Hungarians I spoke with said they felt they had no real basis upon which to make an informed vote on EU accession.

If they voted in favor of accession, they voted out of vague fears of somehow being left behind: “A little country has to belong somewhere.” Even so, they wonder whether it was a wise decision.

They are told that EU aid money will flow into the country. But what will the EU want in return? What is there of value that foreigners have not already bought? Will wages keep pace with prices?

Will Hungarians still be able to afford real estate in their own country? How will foreign ownership of agricultural land, until now forbidden, affect the countryside and the majority of Hungarians who live there?

And as a nation with a proud entrepreneurial tradition, from the stagecoach to the Rubik’s cube, will Hungary represent anything more to foreign investors than a pool of cheap labor?

In a few years, these questions will have answers. Given the high expectations raised by pro-EU propagandists, it can hardly be doubted that there will be disappointments.

Where does this moment then stand in Hungary's history?

A historian might find a comparable moment in 1867, when a political compromise gave Hungary partial autonomous status within the Hapsburg empire.

Then, too, political reality was catching up with economic reality, as Hungary was gaining momentum as an industrial power.

The period that followed was a golden era for the nation, but partial autonomy also meant partial subservience.

And Hungary paid a high price for defending the empire in World War I. Time will tell what the price of EU membership is — and whether it was worth it.