What steps should the international community take to safeguard humanitarian relief work and workers in violent settings?

What steps should the international community take to safeguard humanitarian relief work and workers in violent settings? 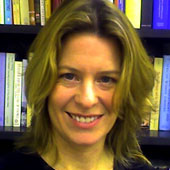 International aid workers have evacuated Darfur by the hundreds as violence in the region intensified in December 2006. Over 60 aid workers were victims of major violence in Sudan during 2006, and over 20 lost their lives — the highest toll since the Darfur conflict began.

In light of this bloodshed, coming just months after the shocking murder of 17 aid workers from the NGO Action Against Hunger in Sri Lanka, aid workers can be forgiven for feeling more and more that they are in the crosshairs. Indeed, theirs is a perilous profession.

International aid work has the fifth highest job-related death rate among U.S. civilian occupations, and is the only one for which the cause of death is predominantly intentional violence.

Between 1997 and 2005, nearly as many aid workers were killed in the line of duty as were international peacekeeping troops.

With each attack seemingly more sensational and horrifying than the last, there is a natural tendency to speak in terms of crisis and sea-change.

For the past several years, and particularly since the experiences in Afghanistan and Iraq, the perception had grown that aid workers were becoming targets of choice and were at greater risk than ever before.

We at the Center on International Cooperation of New York University and the Humanitarian Policy Group of the Overseas Development Institute tested this perception by constructing a global dataset of major incidents of violence against aid workers between 1997 and 2005. We came up with the following findings:

Attacks on aid workers have risen sharply in absolute terms, but the relative increase is far less dramatic.

Since 1997, the absolute numbers of reported major acts of violence committed against aid workers around the world have increased sharply, with the rise growing steeper in the second half of the decade.

However, the situation — while unquestionably bad — is not quite as grim as these numbers suggest.

When the number of victims is compared to the expanding population of aid workers in the field, the trend of violence against aid workers is seen to have risen by a considerably smaller amount.

Using these population figures, the study found that the annual number of victims per 10,000 aid workers in the field averaged five in the first half of the period and six in the second.

Moreover, in the six most dangerous areas — Afghanistan, the Democratic Republic of Congo, Iraq, North Caucasus, Somalia and Sudan — the overall incident rate per field staff actually decreased over the time period.

In other words, even as incidents in these contexts were rising, they were outstripped by the number of field staff being deployed.

When international aid workers die in the field, it is more likely to be from intentional violence than from any other cause, including illness and vehicle accidents.

Accidental landmine explosions and situations where aid workers are caught in the crossfire between warring parties represent a very small portion of total major incidents. In the vast majority of cases, the aid workers were deliberately targeted.

Furthermore, although they are certainly attractive targets for simple robbery, in most of the incidents where major violence was used, the perpetrators had political motivations as well.

In the nine years between 1997 and 2005, politically motivated incidents were seen to increase at a rate faster than the "purely criminal" attacks.

Some have taken this observation to prove that aid worker violence is merely a symptom of the general conflict environment, and that aid workers are targeted by association with political or military actors.

Many aid workers have complained that the presence and certain actions of foreign forces — mainly the United States, the UN and NATO — tends to blur the lines between aid work and the political-military agenda and can result directly in violence against aid workers for their perceived association with these actors.

Analysis of the incident data does not bear this out, however. Instead, it shows a more complex picture regarding the targeting of aid workers.

To begin with, the most dangerous operational environments for aid workers were found not to be those with the highest level of overall violence, as measured by conflict-related deaths per year.

In fact, the analysis revealed that incidents against international staff show a slight increase in areas where there is no active conflict.

These same incidents also increase where a UN-sanctioned peacekeeping force is present, most likely indicating a sense of increased security leading to freer movement and possibly less vigilant security measures taken by internationals.

Careful study of the incidents suggests that when aid workers are targeted for political reasons, it is at least as likely to be for motives relating to the aid work itself as a blow against perceived agents of the enemy.

In other words, the goal of the perpetrators is often to divert, disrupt or punish the delivery of aid for political or strategic reasons.

For example, such attacks can attract visibility in the media and raise their profile as players to be reckoned with on the international stage.

They are also useful for terrorizing local populations who see the flight of aid workers as a loss not only of critical supplies, but also of what may be seen as the last vestige of civilized social order.

Not least, it can generate income through ransoms or the seizing of considerable humanitarian relief assets — including vehicles, communications equipment, food and relief supplies and the considerable sums of cash that aid operations require in settings with no functional banking system.

Editor’s note: You can read Part II of this feature here.