Can Inequality Be Reduced?

What are the realistic options to tackle the scourge of crass inequality in rich welfare states?

What are the realistic options to tackle the scourge of crass inequality in rich welfare states? 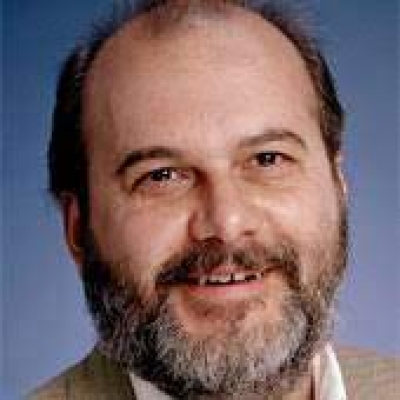 The 20th century is the only sustained period in history when rising mean incomes have been accompanied by decreasing income inequality.

This happened not only in the rich countries, but also in many “developmental” states as well as in all Communist-ruled countries.

On the positive note, this was achieved by means such as mass education, powerful trade unions, increased taxation and social transfers. On the “negative” side, hyperinflations, nationalizations and wars also decreased levels of inequality.

Looking years ahead, it is very unlikely that we can rely on the “positive” means again to reduce inequality. And one certainly hopes that the world will be spared the destructive force of another round of the “negative” means.

Mass education played a key role when the average level of education went up from 5 years after World War II to 13 years today in the most advanced countries.

This made high skilled labor more plentiful and reduced the gap between high- and low-skilled workers — thus contributing to a decrease in income inequality. But once many people reached the “ceiling,” i.e. the number of years in education, adding mere years of schooling is no longer feasible.

Trade unions, for their part, have become much weaker and their role in private industries has declined in all major countries. This is due to the shift of the workforce toward the services sectors. These are much more heterogeneous in types of jobs and also more physically dispersed, which makes labor organization that much harder.

Stronger unions are also unlikely to come back for another reason: With labor plentiful globally, the balance of economic power seems to have shifted to capital, at least for the time being.

How about higher taxation, especially of incomes from capital? Globalization makes increased taxation of one of the most significant contributors to inequality — very difficult.

It may be conceivable only with a fully coordinated action from most advanced countries — but that does not seem even remotely possible today.

Two factors are at work here: First, the cross-country mobility of capital makes it very difficult to tax. Second, the countries that benefit from this regime have no incentive to help those who lose.

Moreover, this is not solely an issue of tax havens in micro-states, but of large countries like the United States or the UK as well.

Think, for example, about the recent unwillingness of the U.S. government to investigate and extradite Chinese citizens accused of embezzlement by their government.

A stunning 66 out 100 of “most wanted” persons accused of economic crimes by the Chinese government are thought to hide in the United States and Canada. Likewise, London brokers are all too eager to accept Russian money, regardless of its origin.

Even high-income earners are becoming more difficult to tax. These individuals can easily move from one country to another. There are no obvious reasons why a top executive may not be able to do his job in low tax Singapore or Hong Kong — rather than in higher-tax London or New York.

Finally, the willingness of electorates in rich countries to tolerate yet higher taxes on the middle class seems to have come to an end. That, too, reduces the option to generate public revenue for income transfer.

Those who are not as mobile as the top earners perhaps feel that they are taxed enough. More likely, citizens have lost the trust that the government will use their moneys wisely. Skepticism about government probity and efficiency is much greater today than a half-century ago.

Not an easy way out

This means that the only promising avenue to reduce inequality is interventions that are undertaken before taxes and transfers kick in.

These include a reduction in the inequality of endowments, especially inequality in education and the ownership of assets.

Once such endowments are less unequally distributed, market incomes (i.e. incomes before taxes and transfers) will also be distributed much more equally than they are today.

If market income inequality can be controlled, and over time curbed, government redistribution via transfers and taxes can also become much less important.

But this is not sufficient. A more people-oriented form of capitalism is very difficult to realize. Returns from capital are subject to high volatility and the need to have lots of information in order to make considered investment decisions.

Thus, to reduce inequality in endowments, a more widely spread ownership of capital needs to be combined with more equal distribution of education. This does imply not only giving everybody a chance to achieve about the same number of years of schooling, but equalizing meaningful access to education.

What this suggests, especially in the United States, is a renewal of the emphasis on state-funded education.

There would be a formal, but not an effective equality of education endowments. To do better, we need to equalize access to the schools that produce better returns to education and/or equalize the returns from education across schools.

Such equalization cannot be achieved by force in a market economy. No one can dictate to the firms that they must pay equally people who studied at different schools, regardless of the quality of those schools.

Thus, the only remaining sensible way to equalize education endowments is to make both access to best schools more or less equal regardless of parental income and, more importantly, to equalize the quality of education across schools. The latter cannot be done by anyone other than the state.

Editor’s note: This is an excerpt from Global Inequality: A New Approach for the Age of Globalization (Belknap Press: An Imprint of Harvard University Press, April 11, 2016)

Trade unions have become much weaker and their role in private industries has declined in all major countries.

There has to be a reduction in the inequality of endowments like education and the ownership of assets.

We need to equalize access to the schools that produce better returns to education and/or equalize returns from education across schools.

Trade unions have become much weaker and their role in private industries has declined in all major countries.

There has to be a reduction in the inequality of endowments like education and the ownership of assets.

We need to equalize access to the schools that produce better returns to education and/or equalize returns from education across schools.