Ending Pakistan’s Export of Jihadists: The Key to Win in Afghanistan

A policy to win in Afghanistan requires undermining the Taliban’s strategic base – the external support and sanctuary that Pakistan continues to provide.

A policy to win in Afghanistan requires undermining the Taliban’s strategic base – the external support and sanctuary that Pakistan continues to provide. 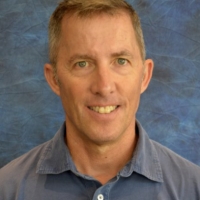 Robert Cassidy, Ph.D., is a retired U.S. Army colonel who teaches at Wesleyan University. He is the author of three books and a number of articles about irregular warfare and Afghanistan. He has served in Afghanistan and Iraq. This article does not reflect the views of any of the institutions with which the author is associated.

“I have seen much war in my lifetime and I hate it profoundly. But there are worse things than war; and all of them come with defeat.” (Ernest Hemingway)

U.S. stated policy is now to win in Afghanistan. The senior leadership has opted for victory over defeat. What does this mean and how does the Coalition get there?

A win is an Afghanistan that does not fragment and endures as a state that is inhospitable to al-Qaeda, the Taliban, the Islamic State-Khorasan and other Islamists groups. There will still be violence and poverty, but stability without a continuous existential threat is success.

Victory, then, is a relatively resilient Afghan state, with the government, the security forces and the population aligned against a marginalized Taliban.

But as S. Paul Kapur, Professor in the Department of National Security Affairs at the U.S. Naval Postgraduate School, helpfully reminds us: “Jihad has become a central component of Pakistani grand strategy.”

Therefore, a policy to win in Afghanistan requires a regional strategy that aligns political will and capacity to defeat the enemy’s strategy. This means undermining the Taliban’s strategic center of gravity – the external support and sanctuary that Pakistan continues to provide.

Pakistan’s strategic malice is the main reason why the United States and its partners still face a stalemate in Afghanistan after almost 16 years. The sanctuary in Pakistan is the most significant strategic impediment to a win in Afghanistan.

However, Pakistan has failed to alter its strategic calculus. It continues to incubate and guide the regeneration of murderous Islamist zealots.

The fresh candor about Pakistan in the Trump administration’s recent Afghanistan policy announcement should mean that the United States will desist in the illusion that Pakistan, one of the foremost ideological and physical incubators of Islamist terror, Inc., is an ally and a friend. It is neither.

Pretending that Pakistan was an ally in the war against Islamist militants, one that would act in ways to help defeat Islamist networks in the tribal areas, made the West complicit in Pakistan’s malicious strategic conduct.

Years of tactical and operational gains in taking away the Taliban’s capacity have been fleeting because defeating an enemy means taking away its capacity and its will.

Strategic momentum has been absent because the will of the Taliban and the Haqqanis rest in their senior leadership, regenerative potential and resources, which reside in and emanate from Pakistan’s sanctuary.

Pakistan has created this contradiction to prevent the defeat of the Taliban, protract the war and erode the Coalition’s will. Its likely ultimate goal is to make the capacity of the Coalition irrelevant because it could ultimately depart the fight without achieving its strategic aims.

Why does Pakistan continue to support its Islamist proxies that are clearly enemies of the Coalition and Afghanistan? And, what is to be done?

To be certain, the emergence and size of murderous Islamists in South Asia is the result of the decades that Pakistan’s security establishment deluded itself in supporting some of the most virulent strains of Islamist proxies.

Now 20 designated terrorist organizations operate in the Pakistan-Afghanistan region alone. These groups have perpetrated barbaric acts of violence in Afghanistan, Kashmir, India and ultimately — like the proverbial genie that gets out of the bottle — in Pakistan itself. In the end, this perfidy has been to the detriment of Pakistan’s security.

For the first two and a half decades of Pakistan’s existence, its senior leaders pursued policies that were disastrous for Pakistan’s security. These policies bankrupted its economy and diverted resources from development.

In addition, Pakistan started three major wars with India and suffered draws or defeats in all of them. The 1971 War, or Bangladesh War, was the singularly most traumatic war of the three full wars with India. It reduced Pakistan to a rump of its former territory and it further ingrained a permanent paranoia about strategic depth and encirclement by India in Afghanistan.

For the next three decades after 1971, as a consequence of its catastrophic defeat in the Bangladesh War and the loss of East Pakistan, the Pakistani security establishment shifted even more discernibly from conventional confrontation with India, to relying more on Islamist militants for strategic advantage and depth in Afghanistan, and to fully pursuing the nuclear weapons option.

Pakistan has supported proxies to pursue objectives in Afghanistan, India and Kashmir with the rationale that its strategic weapons would serve as a deterrent.

For the last almost 16 years, Pakistan has employed irregular warfare to promote its illusory notion of strategic depth by supporting the Taliban and other lethal proxies in Afghanistan. This war will not end, or it will end badly if Pakistan does not cease its support to the Taliban.

Until now, the United States of America and its friends have not devised a regional strategy that employs its full weight and that of other regional actors to alter Pakistan’s strategic double game.

The fact that the United States paid in excess of $33 billion to Pakistan in the first 16 years of war — and that Pakistan continued to incubate and export Islamists into Afghanistan — is abominable.

Moreover, U.S. promoters of relations with Pakistan since at least the 1950s were key in supporting Pakistan’s mythological narrative that Pakistan was a stalwart anticommunist bulwark during the Cold War and a genuine ally in the war against al Qaeda, the Taliban and Islamist terrorists.

But the reality was that U.S. and Pakistani interests only aligned during the Soviet-Afghan War. And even then, Pakistan’s behavior still revealed duplicity with the United States and malign use of America’s generous funding of that war to defeat the Soviets through mujahideen proxies.

Pakistan’s Inter Service Intelligence Directorate (ISI) has maintained links between Al Qaeda, its longtime Taliban allies and a host of other Islamists inside and outside Pakistan.

The Coalition cannot win in Afghanistan without a regional approach that brings the full weight of the United States and other regional actors to bear on Pakistan to stop it from aiding the Taliban and the Haqqani Network.

Since the days after 9/11, the United States has essentially stipulated that Pakistan

– must curb all domestic expression of support for terrorism against America and its allies
– show a sustained commitment to and make significant efforts towards combating terrorist groups
– cease support, including by any elements within the Pakistan military or its intelligence agency, to extremist
and terrorist groups; and
– dismantle terrorist bases of operations in other parts of the country.

Pakistan’s proxy jihadists cannot be defeated with half measures. And yet, we have coddled Pakistan as an important ally in the war against Al Qaeda and the Taliban, even though it is essentially an enemy that has acted in ways fully inimical to the Coalition’s troops, its Afghan allies and the aims of the Afghan state.

A strategic menu that levers regional actors and relies more on sticks than carrots is necessary to tap into Pakistan’s fear, honor and interests in unprecedented ways. The following eight steps should merit consideration:

1) stop paying for malice;
2) end Pakistan’s major non-NATO ally status;
3) state intention to make the line of control in Kashmir permanent;
4) shut down the ground lines of communications via Pakistan;
5) declare Pakistan the state-sponsor of terrorism that it is;
6) issue one last ultimatum for Pakistan to help end the sanctuary and to not impede success;
7) invite the Indian Armed Forces into Afghanistan for security operations in the Pashtun east and south;
8) and, as a last resort, reciprocate Pakistan’s malice and perfidy via cutout proxies.

To influence or modify Pakistan’s malign strategic calculus requires a trans-regional strategy that impinges on and appeals to Pakistan’s pathologies and perceptions. A viable strategy cannot address Pakistan without addressing India.

Likewise, a trans-regional strategy cannot address India without weighing some degree of cooperation and reciprocity with China, Russia, Iran and the Central Asian states.

And, since Saudi Arabia and the United Arab Emirates were the only countries besides Pakistan that recognized the repugnant Taliban regime, they would likely warrant some role in the negotiated end to the war — as would Qatar.

The Coalition and its Afghan partners need to be ruthless, creative and coercive. This film has run before, and it had a bad ending. The incubation and export of Islamist militants for the purpose of jihad has been a preferred modus operandi of Pakistan since its inception.

Uncontested sanctuary in Pakistan contributed to the Soviet Union’s defeat in Afghanistan.

It is only possible for Pakistan to become a genuine strategic partner to the United States if it changes, and eschews its support of proxy terrorists and insurgents. The sine qua non for a win is to shut down the sanctuary and the external support from Pakistan.

Pakistan’s strategic malice is the main reason why the US and its partners still face a stalemate in Afghanistan.

The US should desist in the illusion that Pakistan is an ally and a friend. It is neither.

Pretending Pakistan was an ally against Islamist militants made the West complicit in its malicious strategy.

Pakistan has supported proxies to pursue objectives in Afghanistan, India and Kashmir.

Robert Cassidy, Ph.D., is a retired U.S. Army colonel who teaches at Wesleyan University. He is the author of three books and a number of articles about irregular warfare and Afghanistan. He has served in Afghanistan and Iraq. This article does not reflect the views of any of the institutions with which the author is associated.

Pakistan’s strategic malice is the main reason why the US and its partners still face a stalemate in Afghanistan.

The US should desist in the illusion that Pakistan is an ally and a friend. It is neither.

Pretending Pakistan was an ally against Islamist militants made the West complicit in its malicious strategy.

Pakistan has supported proxies to pursue objectives in Afghanistan, India and Kashmir.

Vietnam: Memories Are Made of This – Or Maybe Not