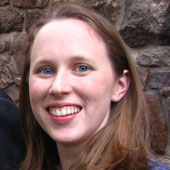 The record heatwave that scorched Europe in August 2003 — the warmest August on record in the Northern hemisphere — claimed an estimated 35,000 lives.

And, according to the projections of the Intergovernmental Panel on Climate Change (IPCC), even more extreme weather events lie ahead.

By the end of this century, the world’s average temperature is projected to increase by 2.5 to 10.4 degrees Fahrenheit (1.4-5.8 degrees Celsius).

As the mercury climbs, more frequent and more severe heatwaves are predicted — even in the eyes of doubters of global warming.

Though heatwaves are rarely given adequate attention, they claim more lives each year than floods, tornadoes — and hurricanes combined.

They are a silent killer that affect mostly the elderly, the very young — or the chronically ill. Under normal circumstances, humans maintain a body temperature of around 98.6 degrees Fahrenheit.

When subject to extreme heat, the body attempts to maintain this ideal temperature by varying blood circulation and perspiring. When the internal body temperature rises above 104 degrees Fahrenheit, vital organs are put at risk.

If the body’s temperature is not brought down, the person dies.

The threshold ambient temperature at which more people are at risk for heat-related health problems varies greatly by location.

In general, when summer temperatures range 10 degrees Fahrenheit or more above the norm, incidences of heat-related illness increase dramatically.

When high temperatures remain excessive for more than two consecutive days, the risks of heat sickness and death escalate. Health and social services would be overwhelmed with the amount of emergencies.

Heatwaves experience the greatest human toll in cities. Urban centers — where the area of heat-absorbing dark roofs and pavement exceeds the area covered by cooling vegetation — are akin to “heat islands.”

They can be as much as 10 degrees Fahrenheit warmer than the surrounding countryside.

While people in rural areas generally get some relief from the heat when temperatures fall at night, urban areas stay warm around the clock.

Air pollution — which is usually worse in cities than in the country — can also exacerbate health-damaging effects of high temperatures.

It further stresses the body’s respiratory and circulatory systems.

Some of the worst heatwaves of the 20th century occurred in several U.S. cities. In 1955, an eight-day run of over 100-degree Fahrenheit temperatures in Los Angeles left 946 people dead.

In 1972, New York City suffered a two-week heatwave that claimed 891 lives. An extreme heatwave in Chicago in 1995 killed 739 people in a matter of days.

Slow political recognition of the threat and an overloaded response system worsened the effects of the weather anomaly.

The fact that the public does not recognize heatwaves as a real health danger adds to the lethality of the problem.

And often, heatwave warnings do not carry the same weight as other natural disaster alerts. Except during major outbreaks, heat-related deaths usually go unreported — and few governments systematically keep records of them.

Even once a heatwave has passed, politicians are reluctant to acknowledge its toll.

Chicago’s mayor denied the severity of the city’s 1995 heatwave. In Europe, it took over a month for France’s government to release heatwave fatality estimates that corroborated estimates from overwhelmed undertakers.

Several neighboring governments are still challenging reports from medical examiners. Even in India, where heat-related fatalities in the thousands during pre-monsoonal high temperatures are no longer uncommon, the National Disaster Management Cell does not classify heatwaves as a natural disaster.

While accurate data are hard to come by, it appears that, over the years — as populations have grown and temperatures have risen — India has seen an increase in heat deaths.

A year earlier, a one-week heatwave of temperatures topping 122 degrees Fahrenheit had taken over 1,000 lives. It has been reported that over the past 25 years, the average global temperature rose by 1 degree Fahrenheit, or 0.6 degrees Celsius.

The Intergovernmental Panel on Climate Change’s projected rise in temperatures for this century is a global average. But the temperature is expected to rise more over land, on which people live, than over the sea.

As temperatures continue to climb, the toll of heatwaves in individual countries could jump from the thousands to the tens of thousands. The World Meteorological Organization estimates that the number of heat-related fatalities could double in less than 20 years.

The historical data for heatwaves leave much to be desired.

But we can say with confidence that Europe’s August 2003 heatwave has broken all the records for heat-induced human fatalities.

As people’s awareness of this tragedy spreads, it is likely to generate pressure to reduce carbon emissions.

For the millions who suffered through these record heatwaves — and for the relatives of the tens of thousands who died — cutting carbon emissions is becoming a pressing personal issue.

The Return of the "Giant Sucking Sound"?