How is Russia finding patriotic strength from past wars? 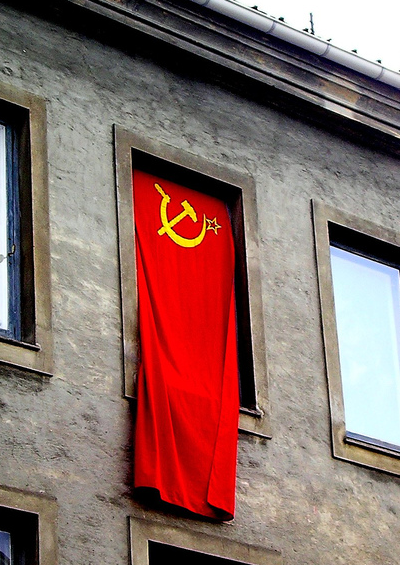 The colossal scale of the fighting between Nazi Germany and the Soviet Union in what Russians call the Great Patriotic War was well recognized by Americans and Britons at the time, but it has been virtually forgotten since.

But it dwarfed every other battlefront of the war combined. Eight out of 10 of all German soldiers killed in World War II died fighting the Red Army.

The colossal total of nearly 27 million Soviet military and civilian dead was more than twice the death toll of all Americans, Britons, Commonwealth, French and even Germans killed in the war combined.
And the focal point of all of it was this surprisingly tranquil and atmospheric strip city that unfolds for 30 miles along the great river Volga.

Named at the time after Soviet Premier Josef Stalin, it was the dramatic apparent last stand of the Soviet Red Army against an apparently invincible Wehrmacht that had conquered the entire European continent in less than three years. But at Stalingrad, all that changed.

“Beyond the Volga there is nothing!” went the Soviet rallying cry — and there wasn’t. Even today, looking east from the imposing heights of Mamayev Kurgan, it is eerie to see that on the other side of the great Volga, a river as broad and impressive as the Mississippi, the embodiment of the soul of Russia, there literally is — nothing.
Just low sand dunes that gave the city its original name of Tsaritsyn, or “Golden Sand” back in 1589. And they stretch off for thousands of miles across the lower Eurasian steppe.

The Mother Goddess of Russia

Mamayev Kurgan is a war memorial like no other on earth — for it is dominated by an angry goddess.

Lady Liberty is at ease and serene in New York City, but Rodina-Mat is dynamic and furious. Her beautiful, surprisingly girlish, face conveys nightmarish shock, fury and rage.

Her arm is not relaxed and passively extended, carrying a torch like Lady Liberty. It is upraised carrying a 70-foot long sword that soars so high in the sky it has to have a red navigation light on its tip to alert low-flying aircraft.

A terrifying though impressive sight

Seen from afar, the sight is even more impressive, even terrifying. For Rodina-Mat is on the commanding height of the ridge skyline above the city at its most fought over point.

You can see her from anywhere you drive along the main arterial north-south roads along the Volga. She always appears in movement, alive, striking down the invaders with her amazing sword.

It is as if Athena or Aphrodite had stepped out of the pages of Homers Iliad and across time from the battlefields of Troy — or as if a gigantic astronaut-god visualized by Erich von Daniken again strode across the earth.

During the 200 days of the Battle of Stalingrad, Mamayev Kurgan was fought over for 130 of them. Today, it is the resting place for 35,000 Soviet soldiers.

According to British military historian Anthony Bevoir, 1.1 million Soviet soldiers died in the Battle of Stalingrad — and that does not include the at least 100,000 (and possibly three times as many civilian) inhabitants massacred by waves of indiscriminate Luftwaffe air attacks.

More than twice as many Russian civilians perished in the first week of air raids in Stalingrad as died in the Allied bombing of Dresden. When Soviet interrogators asked Field Marshal Friedrich von Paulus, the captured commander of the Sixth Army, why he had authorized such needless slaughter, he really did reply that he was only following orders.

Nazi losses were colossal too. According to Russian estimates, 1.5 million German and Axis soldiers lost their lives in the entire campaign, more than five times the entire U.S. combat dead for all of the war — and more than twice the combined Union and Confederate dead of the entire U.S. Civil War.

None of the Axis remains that were found and identified were buried within the city. It is sacred soil to the Russian people. Only the heroic defenders of Stalingrad and the Motherland, or Rodina, are allowed the ultimate honor of resting there.

The entire German Sixth Army — some 300,000 men — at the time one of the most renowned forces on earth, perished at Stalingrad.

Just 90,000 of them survived to be taken prisoner when Field Marshal von Paulus, surrendered on Feb. 3, 1943. Of them, only 9,000 survived their long captivity to ever be repatriated home to Germany.

Von Paulus’ headquarters in the basement of Univermag, the central department store of the city, is now a museum too, one of the strangest on earth and a striking contrast to the primeval, heroic, epic grandeur of the statuary and memorials at Mamayev Kurgan.

Univermag is a department store again now — very reminiscent of the kind you would see in Sioux City or Iowa City that was built on the 1920s and that flourished until Wal-Mart swallowed them all up.

Just go through the main entrance, walk past children’s toys, turn left, navigate past lady’s pajamas and glassware — and without any warning you are there.

The basement has been filled with reconstructions of the Sixth Army’s last stand. Behind one door, models of two dying German soldiers lie in what really was an emergency operating room.

Behind another, an animatronic von Paulus endlessly rises from behind his office desk to hear the latest news of catastrophe from another officer. Everywhere, the whine of the unforgiving winter steppe wind and merciless whroosh of the Soviet Katyusha — or “Little Katie” rocket mortars — sound their accompaniment.

Russia and the West

Ilya Ehrenburg, greatest of all Soviet war correspondents, wrote that the soldiers in their basement and rubble strongholds clinging on to the banks of the Volga by mere feet and yards, loved those rocket mortars.

It is still true today. The faces of 80-year-old highly decorated veterans of the battle light up with boyish enthusiasm and joy when asked what their favorite weapon of the entire war was. “Katyusha!” they cry, jumping up and down, the years falling away from them by magic. “Katyusha!”

More than 62 years after General von Paulus surrendered — and coming up to 60 after the Third Reich was finally crushed —the memories and scars of that struggle still define modern Russia.

Communism is dead — but Russian patriotism is not. And that is why, in an era of growing differences and alienation between Russia and the West, the passionate intensity of that commitment to their Motherland needs to be remembered by Russia’s old allies and neighbors.

The wild, ferocious — but utterly authentic — emotions that play across the extraordinary face of the Rodina-Mat testifies to the dangerous costs of forgetting it.

“Beyond the Volga there is nothing!” went the Soviet rallying cry -- and there wasn’t.

The entire German Sixth Army -- some 300,000 men -- at the time one of the most renowned forces on earth, perished at Stalingrad.

Eight out of 10 of all German soldiers killed in World War II died fighting the Red Army.

Communism is dead -- but Russian patriotism is not.

“Beyond the Volga there is nothing!” went the Soviet rallying cry -- and there wasn’t.

The entire German Sixth Army -- some 300,000 men -- at the time one of the most renowned forces on earth, perished at Stalingrad.

Eight out of 10 of all German soldiers killed in World War II died fighting the Red Army.

Communism is dead -- but Russian patriotism is not.

China’s Yuan: Beware What You Wish For