Is Canada responsible for Congressional Republicans driving the world economy to the edge of the abyss? 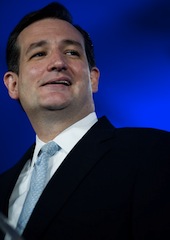 Last night, I woke up bathed in sweat. Suddenly, it had dawned on me who really is behind this mess in Washington. Canada! As I lay awake, all pieces of the giant puzzle quickly fell into place.

Not only has our neighbor to the North long been jealous of us: We’re bigger, larger, stronger, richer. Canadians are also fundamentally annoyed by the swagger of America. It runs counter to all what Canadians stand for: modesty and tolerance.

Long-range thinkers, the Canadians came up with a plan during the days of the Nixon Administration, the period when the United States had reached its previous height of unpopularity.

The Canadian plan was evil and ingenious at the same time. Incapable of outperforming our military or economy, they resolved that they would destroy the United States from within.

At the time, the Canadian Security Intelligence Service (CSIS) believed that a planting a highly skilled left-wing operator in the U.S. political system would do the trick.

Naturally, Canada’s then-Prime Minister Pierre Trudeau, hailing from the French-speaking(!) province of Quebec, had a more devious plan. How about growing a Canadian infiltrator with some U.S. roots from the ground up?

That person would be trained to create a right-wing movement in the U.S. so radical and monomaniacal that it would put the entire United States in jeopardy. Completely enfeebled, the American Republic would then be ripe for a Canadian coup d’état.

And so it was that, on a cold December night in 1970, just two days before Christmas Eve, agents of the CSIS, duly instructed by their prime minister, shuffled into a hospital in Calgary.

There, an American woman and her Cuban husband were expecting their son, Ted Cruz. In borrowing the little baby’s last name the Canadians called it “Operation Cruz Missile”.

At the time, Ted’s parents worked in the oil fields in Alberta. In exchange for extending their residency permit in Canada for another four years, Canadian authorities pressed the hard-working parents to “lend” them their son.

From birth, Ted Cruz was indoctrinated by his Canadian coaches to eventually undermine U.S. democracy and prepare himself for a Canadian takeover of the big neighbor down south. After four years of schooling by the CSIS, Ted and his family returned to the United States as a Canadian sleeper cell.

Texas was the natural choice of relocation. First, there was oil (providing Ted’s parents cover for their return). Second, the state’s libertarian population would be a perfect breeding ground for big Ted’s arch-conservative disguise on his journey to bring America to its knees, when the time had come.

Ted began his work in earnest in 1996 when he clerked for then-Chief Justice William Rehnquist whispering ever more radical interpretations of the U.S. Constitution into the staunchly Republican Justice’s ear.

How Canada infiltrated the Republican Party

Under close Canadian supervision, Cruz slowly began to infiltrate the Republican Party. In 1998, he served as counsel to, yes, John Boehner. Coincidence? I think, not.

Boehner had filed a lawsuit against Jim McDermott, Democratic Representative from Washington State. McDermott was alleged to have leaked the tape of a private conversation between Boehner and former Speaker Newt Gingrich on how to deal with the political fallout from Gingrich’s ethics violations.

Cruz then took his crusade to the position of Solicitor General of Texas, where he filed any imaginable legal brief that would advance his bogus right-wing agenda. His office was an ardent advocate of gerrymandering, keeping the word God in everything “American” and undermining any gun control anywhere in the union.

In 2012, his Canadian handlers set Cruz up to win the senatorial seat of Kay Bailey Hutchison. What many thought had been a grassroots movement, was in fact a carefully orchestrated operation by the CSIS.

Finally, in 2013, Canada launched its fatal Cruz missile against the current form of U.S government. By leading the Tea Party Government Shutdown, moderate Republicans and Democrats bemoaned that Ted had no exit strategy.

They were wrong. Cruz had, in fact, executed the perfect mission. He had almost single-handedly destroyed governability of the United States, leading to a disintegration of the political system and triggering demands for secession from Colorado to New York.

As the stalemate in Washington goes down to the wire, Canada’s Head of State, Queen Elizabeth II is busy drafting an offer to a select number of states of the union to rejoin the Commonwealth.

All the while, Ted Cruz is humming “O Canada” in the distinguished halls of the once powerful U.S. Senate. After all, those who mistrusted President Obama’s claims that he was born in Hawaii had been right all along. Birth certificates do matter.

Editor’s note:
A couple of weeks ago, Uwe Bott wrote about the true culprit in America’s current struggle with the (in)famous debt ceiling: Germany. After entering World War I, the U.S. Congress enabled the President to borrow freely under a debt limit so he could effectively prosecute the war against Germany. That is why our author then concluded that it was Germany that was responsible for today’s American predicament.

Unsurprisingly, he caught a lot of flak for his views, mainly from Germans, but also some Americans. After all, it is well known that any hint of irony is the first victim of the Internet age.

Undaunted, he did more research and deep thinking. And so it was that he detected another sinister force besides the Germans that has long been busily at work to bring down the United States. Enter Canada.

In 2013, Canada launched its fatal Cruz missile against the current form of U.S government.

In 1996, Ted Cruz clerked for then-Chief Justice Rehnquist, offering radical interpretations of the US Constitution.

In 1998, Ted Cruz served as counsel to none other than John Boehner. Coincidence?

In 2013, Canada launched its fatal Cruz missile against the current form of U.S government.

In 1996, Ted Cruz clerked for then-Chief Justice Rehnquist, offering radical interpretations of the US Constitution.

In 1998, Ted Cruz served as counsel to none other than John Boehner. Coincidence?

The West’s Day of Fiscal Reckoning