The Big Enchilada of Trade

Why would a regional trade agreement advance not only U.S. trade but also the stalled global trade agenda?

Why would a regional trade agreement advance not only U.S. trade but also the stalled global trade agenda? 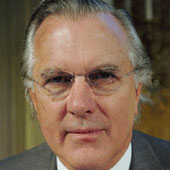 The weekend of April 20 through 22, 2001, President Bush will meet with his counterparts from Latin America, the Caribbean, Mexico and Canada to explore the completion of a Free Trade Area of the Americas (FTAA). The idea of a barrier-free market for the entire hemisphere was once a dream of the great Latin “liberator,” Simon Bolivar, almost two centuries ago. Mexico’s first native born leader — Benito Juarez — proposed a similar initiative in the 1860s.

Turning these dreams into reality became a mission of the Clinton administration, when we launched the idea at the 1994 Summit of the Americas in Miami. President Bush picked up the baton, made it part of his presidential platform, and just yesterday, gave a short but stirring speech to the Organization of American States pledging his desire to move the effort forward to completion in 2005.

Most Americans do not realize that nearly 50% of what the United States already sells to the world is sold within our hemisphere, compared to roughly 25% sold to Asia and Europe apiece. And, as with Asia, we import almost 40% of all the goods we purchase from abroad from trading partners in our own hemisphere. Our hemisphere is the big enchilada of trade for American businesses, workers, and consumers.

Yet we have underperformed in most of the hemisphere. Of the goods exported to our neighbors, the lion’s share goes to just two countries — Canada, to whom we sell 25% of all the goods and services we sell to the world, and Mexico, who now buys almost 15% of our country’s exports.

These are impressive numbers. We sell more to Canada and Mexico alone than Japan sells to the entire world. Already, we sell more to Canada than we sell to the entire European Union. And, at the rate of expansion we have experienced in the six years since the North American Free Trade Agreement (NAFTA) was completed, our exports to Mexico will surpass those to Europe in another three years.

Indeed, we know that free trade agreements work to our benefit from our experience with NAFTA. During the time it has been in existence, our exports to the world outside of our NAFTA partners have increased by 41%, which is not too shabby.

But since NAFTA was inaugurated, our exports to Canada have increased by 61% and our sales to Mexico are up 119% — or more than double. And we know from the recent election of President Fox in Mexico that freer trade and greater economic freedom undergirds democracy, a value we hold dear and want to secure in the rest of the world.

That’s the good news. The bad news is that south of the Yucatan, Mexico’s southern border, we sell only 7.7% of our exported goods. We have underpenetrated the vast Central and Latin American and Caribbean markets, where, all told, some 403 million people live.

One hundred and seventy-three million people live in Brazil alone, and yet we only sell some $15 billion in exports to Brazil, despite its vast size and potential. This is because Brazil, unlike Mexico and Canada, levies a tax or tariff on our exports on the order of 13%, which makes our goods less competitive in that market.

Just six years ago, we sold less than $50 billion in goods and services a year to Mexico. Despite the warnings from naysayers that we would suffer from a free trade agreement with a poorer country, today we sell more than $110 billion to Mexico.

We sell Mexicans $212,515 in goods and services every minute of every hour, 24 hours a day, 365 days a year. In a typical month, for example, we sell them $700 million worth of semi-conductors, 28,000 cars, $48 million worth of surgical equipment, and my favorite statistic — 200,000 sets of golf balls and 3,200 sets of clubs. They may be lousy golfers, but they are great customers of U.S.-made products. And not just those that are sewn from U.S. fabric and then set back across the border, as was claimed by those who opposed NAFTA.

Now we need to replicate our success with Mexico and Canada in the rest of the Americas. This is what the summit in Quebec is all about. It won’t be easy. In one of his charming novellas, the great writer Henry James wrote that, “courtship is poetry, and marriage is hard prose.”

The team I headed in the last administration advanced the courtship phase all the way to the drafting of a prenuptial agreement, which was completed just weeks ago in Buenos Aires. In Quebec, we begin marching down the aisle. We will get to the altar of a free trade agreement only if President Bush’s counterparts are willing to say, “I do.”

It will not be easy for them to do so. Business leaders in Brazil are reluctant to give up the tariff and non-tariff barriers that protect them from U.S. competition. Farmers in the United States are reluctant to give the Brazilians, Argentines, Chileans and Columbians access to our markets.

The hard prose of making the give and take of a free trade marriage work is daunting. And yet we know from our experience from NAFTA that it can work. Indeed, we know that it must, in order to lift living standards throughout the hemisphere and protect democracy throughout Latin America, just as has occurred in Mexico.

So tune in to Quebec. It represents a watershed in the history of trade. If the FTAA ball is moved forward, we will all be better off. If it stalls, then we must consider other options, such as a network of bilateral free trade agreements with selected countries in the hemisphere, such as Brazil.

Personally, I would prefer to do this “wholesale” — with 33 other countries simultaneously. But if that proves too difficult to implement, then we should try the “retail” approach, doing deals one-by-one with selected key customers. But however we do it, we must move forward.

For if we fail to get our act together in our own hemisphere — in our largest marketplace — there is no way we will be able to convince the rest of the world that we can be counted on to launch a successful round of even more ambitious global trade negotiations.