What makes Turkey and Israel unlikely allies in a Muslim world?

What makes Turkey and Israel unlikely allies in a Muslim world? 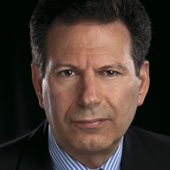 Turkish-Jewish relations, like Iranian-Jewish relations until the Iranian revolution, have been historically friendly. In 1492, when the Jews were expelled from Spain, the Turks welcomed them to the Ottoman empires.

Before World War I, the Young Turk revolutionaries invited more Jews to immigrate to Ottoman lands as a hedge against the Arabs. Partly because of the anti-Semitism of Russian czars, world Jewry has traditionally been pro-Turkish. In 1949, Turkey recognized the fledgling state of Israel, though relations until recently were more symbolic than substantive.

By the end of the twentieth century, Israel’s need for a close ally in the Muslim world was obvious. Turkey’s more friendly position toward Israel was the result of several factors. As a number of Turks told me, they simply became tired of diplomatic initiatives that failed to induce the Arabs to end their support of the Kurdish Workers’ party, which was responsible for the insurgency in southeastern Turkey.

The Turks felt, too, that the Jews could help them with their Greek problem. A diplomat here told me: “The Turks are pro-Israel because they can use the Jewish lobby in America as a silver bullet against the Greek and Armenian lobbies, which deny them military equipment from the United States. If that sounds convoluted, welcome to Byzantium.” Nor were the Israelis averse to such an arrangement, as Greek Cyprus had long been a reputed base for Palestinian terrorists.

The determining factor for the Turks may have been the realization that because of their quasi-military regime, their Kurdish guerrilla insurgency and unstable borders with Near Eastern states, and an anti-Muslim bias in the West, they might never gain full admittance to the European Union. Thus, they required another alliance.

Distrusted by the Arabs because of the Ottoman colonial past and kept at arm’s length for so long by the European Union, Turks share with Israelis a sense of being outsiders. As General Gürkan told me in the lobby of my hotel, Arab businessmen sitting on sofas next to us, “Israel is the only country in the Middle East that we understand. This is a permanent relationship.” Permanent from the military’s viewpoint, at any rate.