What parallels emerge between the Bush Administrations policies toward Cuba and Iraq?

What parallels emerge between the Bush Administrations policies toward Cuba and Iraq? 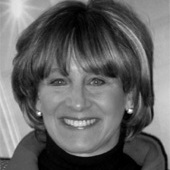 It was May 2006 in Arlington, Virginia, and acting Cuban president Raul Castro was sitting across the table from George W. Bush and Condoleezza Rice, negotiating what they hoped would be a new era in U.S.-Cuban relations.

Cuba's Vice-President Carlos Lage, who initiated the economic reforms that brought billions of dollars of foreign investment to Cuba in the 1990s, was there too — and so was foreign affairs minister Felipe Roque.

The meeting in Arlington, a suburb of Washington, D.C., took place after a dramatic series of events that began with the capture of Osama bin Laden by U.S. forces near the Afghan-Pakistani border. Bin Laden was sent to Guantanamo Bay and imprisoned as an "enemy combatant" — but he managed to escape and sought sanctuary in Cuba.

The Cuban government caught the al Qaeda leader and turned him over to U.S. authorities. President Bush expressed his appreciation by reestablishing diplomatic relations with Cuba after a 46-year hiatus and offered to meet with Raul Castro, who assumed the post of Cuba's acting president after his brother Fidel fell seriously ill.

This was not the "real world," of course: Fidel Castro did become incapacitated but not until July 2006, Osama bin Laden is still at large — and the United States still refuses to deal with either one of the Castro brothers.

The Arlington "meeting" was part of a simulation on U.S.-Cuban relations for 32 college students participating in a seminar on International Conflicts organized by The Washington Center for Internships and Academic Seminars.

After four days of intense negotiations, the students failed to come to any agreement, and U.S.-Cuban relations remained in a deep freeze. The disheartened student delegates had to be assured they had done nothing wrong. In fact, they had played their roles too well.

The Cuban delegation had made some significant concessions. They agreed to increase the number of cuentapropistas (licensed small businesses), allow unrestricted Internet access — and give political prisoners a fair trial monitored by the UN. In return, they wanted the United States to lift the trade embargo imposed on Cuba since 1961.

But the U.S. delegation refused to remove the embargo unless Cuba allowed multiparty elections and replaced the communist government with a market-based pro-U.S. democracy. The U.S. delegates were guided by a document issued by the Commission for Assistance to a Free Cuba, an organization created by the real Bush Administration to hasten regime change in Cuba.

Can the actual U.S. government learn anything from why the student "negotiations" collapsed despite their auspicious beginnings?

One lesson could be that just like the Bush Administration's prescription for regime change in Iraq, its Cuba policy is founded on a series of faulty assumptions.

Bush's national security team believed overthrowing the brutal Baathist dictatorship would lead to a peaceful "new Iraq" that would serve as a model to other Arab states. But the "new Iraq" is being torn apart daily by ferocious Shia-Sunni violence, with U.S. troops being attacked by both sides.

The invasion of Iraq was supposed to be a central front in the "global war on terror." But instead it has increased hatred for the United States throughout the Arab/Islamic world and diverted attention from the Afghan-Pakistani border area, where al Qaeda is alive and well.

The Bush team thought free elections would transform Iraq into a democratic nation, but these elections produced a Shia-dominated government moving closer to Iran, which the U.S. State Department considers the world's "most active state sponsor of terrorism."

The administration's Cuba policy, similarly, relies on assumptions based on wishful thinking rather than on evidence-based analysis. The embargo on Cuba failed to bring down the Castro regime during the Cold War, although it did force it to buy rice from Vietnam instead of Louisiana.

Cubans did not starve when the United States tightened the embargo following the collapse of the Soviet Union. Instead, it opened the door to foreign investment and tourism to make up for the loss of Soviet subsidies, and licensed more than 100 different types of self-employment.

The current Bush Administration saw another "opportunity" to encourage Cubans to revolt by funding dissidents, clamping down on educational travel, limiting visits to the island by Cuban-Americans — and frustrating Fidel Castro's plans for succession.

The Commission for Assistance to a Free Cuba, chaired by Condoleezza Rice, actually outlines how the United States will assist a "Cuban Transition Government" that will take power when the Castro regime falls.

"If requested," the United States would assist the Cubans with everything they need during the "transition" — be it redesigning their educational system, providing them with HIV/AIDS testing kits or running a food distribution program.

In its July 2006 report, the Commission made clear one of its major objectives was to undermine Fidel Castro's "succession strategy," where he intended to smoothly pass authority on to his younger brother, Raul. But just three weeks after the report was issued, Cuba announced that Fidel had done exactly that, right after he had emergency intestinal surgery.

And what about the uprising of the Cuban people who are supposed to establish the "Cuban Transition Government"? It never materialized. In fact, according to a recent article in the journal Foreign Affairs by Julia Sweig, Director for Latin American Studies at the Council on Foreign Relations, there has not been one violent episode in Cuban streets and no massive exodus of refugees.

Almost four years after the U.S. invasion, U.S. policymakers and the public are finally coming to a "realistic" assessment of what is possible in Iraq. Not only have U.S. troops failed to quell the violence, they may even be exacerbating it because they are being targeted by both Shiite militias and Sunni insurgents opposed to foreign occupation.

There will be no "democratic transformation" of the Middle East similar to what occurred in East/Central Europe after the Cold War. The Arab world is not Eastern Europe, which saw the West — and the United States in particular — as allies in the struggle against Soviet domination.

Arab nationalists, by contrast, resent Western intrusion in the Middle East. When this nationalism is married to religious extremism, the result is often a virulent strand of anti-Americanism that can morph into support for terrorism.

Against this backdrop of bungling and fumbling, it cannot come as a surprise that there will be no "Cuban Transition Government" seeking advice from the United States when Fidel dies. Like Iraqis, the Cubans are fierce nationalists suspicious of U.S. intentions to reshape their society in the American image.

A recent Gallup poll conducted without the approval of the Cuban government in Havana and Santiago, Cuba's two largest cities, showed that the majority of Cubans want more personal freedom — but "appear to have internalized the socialist values of the regime." The respondents were almost evenly split on their country's current leadership: 47% approved of the leadership, compared to 40% who disapproved.

If the Bush Administration really wants Cubans to "define their own destiny" as the Commission for Assistance to a Free Cuba claims it does, it should accept the offer Raul Castro made to "settle the long U.S.-Cuba disagreement at the negotiating table."

It is up to the United States to make the first move, perhaps by ending the ban that prohibits Americans from visiting Cuba. Right now only Cuban-Americans and a select number of journalists, academics or religious groups are allowed to travel there with licenses from the U.S. Treasury Department.

Why should Americans be able to get on a plane to Tehran and spend as much money as they want, but be fined thousands of dollars for going to the beach in Cuba? This is just what happened to the Alliance of Baptists, a Washington-based organization threatened with a $34,000 fine because some of its members went on a retreat at a Presbyterian Guest House located on the beach.

There is no reason the United States cannot "engage" the Cubans just like the realists say we should do with Iran and Syria. Iran may not be quite ready to reconcile with the country it still regards as the "Great Satan" — but Cuba could be another story. Why not find out?

A Declaration of War on Shias?