War Crimes: How to Get Justice?

What are the lessons to be learned from the stalemate in Kosovo? 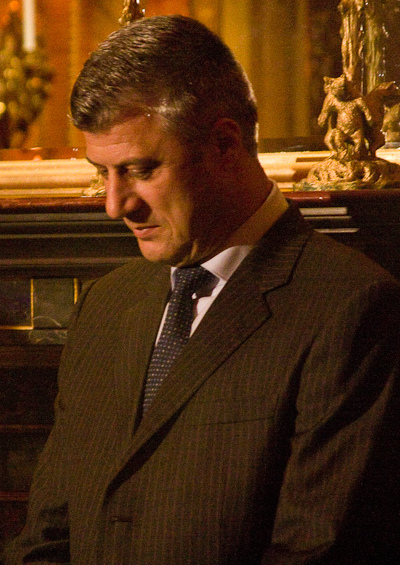 Politics in Kosovo are almost back to normal. It is 15 years since NATO intervened to dislodge Slobodan Milosevic’s brutal militias trying to maintain Belgrade’s rule over the dominant Albanian population in the small Balkan country.

Peaceful elections, held in June for the 120-member parliament, produced no clear result. Fifteen different parties won seats, including nine seats for Serb members of parliament — even though the Serbs represent just 1.5% of the total Kosovan population.

Editor’s note: Denis MacShane is author of the book Why Kosovo Still Matters.

As in Belgium, which lasted without a government for a year, or in the Netherlands, where government formation can take months, Kosovan politicians are wheeling and dealing to see who can emerge on top.

As things stand, either Hashim Thaci, the current prime minister, will put together a coalition or his rival, Ramush Haradinaj, will do so – and emerge as the new prime minister. Back in 1999, both men were 30-year old leaders of the Kosovan Liberation Army.

The brutality of war

The brief war in 1998-99 was brutal in the extreme. After a massacre of Kosovans by Serbs at Racak in January 1999, the head of the OSCE mission, U.S. Ambassador William Walker, declared it a war crime.

In response, the KLA guerillas countered brutality with brutality. Scores of thousands of Serbs fled to the sanctuary of Serbia. Some were tortured or simply disappeared.

There was even an economic rationale of sorts in play. Businesses, homes and farms owned by killed or fleeing Serbs were appropriated by the KLA. Criminality and money quickly pervaded the KLA.

A pivotal question to this day is this: Was Thaci, now the country’s prime minister, directly involved? He had been a student in exile in Zurich who helped form the KLA.

The British author, James Pettifor, who speaks Albanian and knows the region well, wrote of the polite, good-looking, well-dressed young Kosovan who negotiated with Madeleine Albright and Tony Blair. Pettifor said that Thaci could “discuss Mill or Thomas Hobbes with all the fluency of an Oxford PPE graduate.”

For many, it was intolerable that, while endless Serbs were sent to the Hague International Criminal Tribunal for the former Yugoslavia, the Kosovans who had committed serious crimes seemed to have been let off by the West.

In truth, only two Serbs have been indicted over war crimes in Kosovo. And one of those, Slobodan Milosevic, died before the end of his trial.

By contrast, eight Kosovans have been sent to the Hague for war crimes trials. With both NATO and the European Union pretty much running Kosovo after 1999, demands from Hague prosecutors that Kosovans be indicted were always met.

After Kosovo declared independence under Hashim Thaci in 2008, Russia threw its diplomatic weight behind Belgrade’s efforts to stop Kosovo winning recognition as a state.

With its veto power, Russia can block Kosovo’s admission to the UN, but 110 states around the world have now recognized Kosovo. As a result, the Russian block looks petty and opposed to the legitimate aspirations of peoples. But that will not change under Putin, if after him.

To make progress under these circumstances, the EU has taken Kosovo under its wing and it has nudged Serbia to accept that the Kosovans will never again come under rule from Belgrade.

Under the steady hand of the EU’s soon-to-depart foreign policy chief, Cathy Ashton, the Serbs and Kosovans are talking to each other. Both nations are now at the initial stages of EU membership, although not this side of 2020.

Specters of the past

What has not been resolved is how to deal with crimes committed by the KLA. Only one Serb has been convicted and imprisoned for the murders and ethnic cleansing against Kosovans despite the rows of bodies seen on television during the war and scores of thousands forced into exile by Serb brutality in the 1990s.

What is important to realize is that this is an impossibly convoluted situation and that, within proper bounds, a certain sense of realism must prevail.

Consider the fact that Britain bought peace to Northern Ireland, a similarly treacherous conflict ground, by turning terrorists into politicians and releasing from prison convicted IRA killers and torturers. In effect, the choice Britain – which has always prided itself of its embrace of the rule of law – made was to trade absolute justice for an end to armed conflict.

This approach stands in stark contrast to the drive from Belgrade as well as from absolutist jurists in the international community, for whom all victims of political conflicts must see their assailants in court. In practical terms, this means that, 15 years after the end of the Kosovo conflict, the demands for judicial retribution are growing not fading away.

The Council of Europe produced a report in 2010 written by a now retired Swiss politician, Dick Marty, a man with a palpable dislike of the West’s wars of intervention in the Balkans.

At that time, Marty accused Hashim Thaci, Kosovo’s prime minister, of being an organ trafficker. The Guardian newspaper was typical of much of the European and world press in treating the Council of Europe report as sober and authoritative. Under the headline Kosovo PM is head of human organ and arms ring, Council of Europe reports, the Guardian depicted Thaci as a monster:

“Kosovo’s prime minister is the head of a “mafia-like” Albanian group responsible for smuggling weapons, drugs and human organs through Eastern Europe, according to a Council of Europe inquiry report on organized crime.”

At the time, the Council of Europe report was strongly criticized by Sir Geoffrey Nice, the British lawyer who had prosecuted Slobodan Milosevic in the Hague and is a world expert on crimes committed in the south-east Balkans.

In an article published in the London Review of Books, Nice accused Marty and the Council of Europe of swallowing the Serb propaganda line.

It has always tried to depict the young student leader who became political spokesman and chief negotiator of the Kosovo Liberation Army as a deranged organ harvester who somehow managed to create sterile conditions in the battlefield for the successful harvesting of human organs.

Nice also said Marty and the Council of Europe had invented witness statements and relied on hearsay evidence from intelligence agencies with a political agenda.

Nice concluded his London Review of Books article with the question asking whether the Marty claims were “perhaps, part of a media campaign to obstruct the recognition of Kosovo as an independent state?”

Thaci offered full cooperation with an EU inquiry set up in 2011 to examine the Council of Europe report. Headed by a U.S. diplomat, Clint Williamson, who had been U.S. Ambassador-at-Large for war crimes, the Special Investigative Task Force has now submitted its report.

Except, it hasn’t. It does not confirm the accusations against Thaci about organ trafficking. No one has been able to explain how in the middle of a swiftly moving guerrilla campaign sterile operating theaters were set up with trained surgeons to extract organs then keep the removed kidneys or livers in a perfect state for sale elsewhere in the world.

No doubt, the organ trafficking accusation guarantees headlines — unlike a list of the other ugly crimes that undoubtedly were committed.

Williamson told the BBC that there was no “prosecutable evidence.” In effect, he refused either to exonerate Thaci of the organ trafficking accusation or to say he should be heading for the Hague.

In effect, Williamson’s neither Yes nor No report is a major propaganda win for the Serbs as well as for the Russians. The latter have since left the Council of Europe, following condemnation of Putin’s annexation of Crimea by most of the 47 member states in Europe’s human rights body.

Williamson also leaves the task of deciding whom to indict and on what charges to his successor. A new special court, based in Kosovo and the Hague, had been set up to hear any trials. Thus, 15 years after the fighting stopped in the summer of 1999, the Kosovo conflict continues.

The liberal interventionists of the 1990s thought Kosovo validated their theory which said the democracies had the right, indeed the duty to intervene, if necessary with armed force, to stop human rights abuses. It arose from concern over genocidal attacks in former Yugoslavia and the horror of Rwanda.

This mindset is still very much present in the current U.S. administration, mainly in the person of Samantha Power, the U.S. Ambassador to the United Nations.

Never mind that the 21st century wars of intervention – Iraq, Afghanistan, Libya and Syria – have turned into disasters. And the creation of an International Criminal Court has not stayed the hands of tyrants and torturers, as was hoped in the 1990s.

Tough questions to be asked

What is for sure at this juncture is that the scores of Serbs that were imprisoned for crimes in Bosnia have not turned that divided country into a zone of peace and prosperity.

Meanwhile, Dick Marty and Clint Williamson are faced with questions on whether they have indulged in a hunt for guilty men mainly to assuage Serb anger. Serbs feel injustice is done to them because the Kosovans somehow got away with crimes. The biggest crime of all – setting up a new nation-state — is not really indictable. Still, it is impossible for the Serbs to swallow.

Evil things were done in the Kosovan war that ended 15 years ago. Creating a system of justice, law and order as well as of politics that is not rooted in the armed liberation movement is proving much harder than anyone thought.

Many in the Balkans want to see justice done for war criminals. In reality, justice may conflict with peace.

Do the Balkans have to choose between justice and stability? The question alone could create more conflict.

Kosovo’s has held elections, but finding a direction is the much harder task, especially when justice blocks the path.

Many in the Balkans want to see justice done for war criminals. In reality, justice may conflict with peace.

Do the Balkans have to choose between justice and stability? The question alone could create more conflict.

Kosovo’s has held elections, but finding a direction is the much harder task, especially when justice blocks the path.

Russia Through the Vodka Glass