The surprising way in which historical choices present themselves in cycles that are 100 years apart. 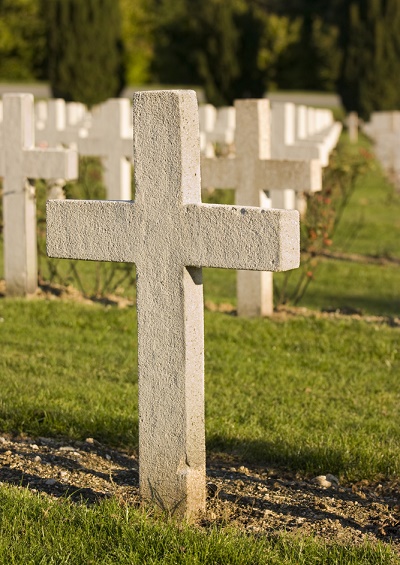 This summer, the world remembers the start of World War I. This catastrophe shattered the global civilization of Europe to a degree that in terms of prosperity, security, demography and basic optimism about life and the future took more than 40 years to recover from — and then only after even greater catastrophes.

But any which way one turns historic responsibilities, all the unprecedented and previously unimaginable cataclysms of the first half of the 20th century across Eurasia flowed from that one, fundamental cause — the start of full-scale international war between the Great Powers in the summer of 1914.

The Russian Revolution, the killer famines that swept the infant Soviet Union, the Ukrainian genocide of up to 10 million people, Stalin’s Great Terror, the rise to power of Adolf Hitler, the Nazi conquest of Europe, the Holocaust and the hecatombs of dead in World War II (80 million people, including 27 million Soviet citizens) all stemmed from that original catastrophe in 1914.

For generations thereafter, Germany in general and Kaiser Wilhelm II in particular were demonized across the Western world.

A slew of excellent new histories by Sean McMeekin (July 1914), Margaret MacMillan (The War That Ended Peace: The Road to 1914) and Christopher Clark (The Sleepwalkers: How Europe Went to War in 1914) make clear that the outbreak of these events was by no means Germany’s fault alone.

The Russian General Staff in St. Petersburg and the long-overlooked, truly sinister figure of Prime Minister Raymond Poincaré in Paris were the ones who actively plotted and craved full-scale European war. The Kaiser, while certainly hysterical and amazingly inept, did not. He actually wanted to avoid it.

Recent research also brings out the pivotal role of Winston Churchill, civilian head of Britain’s Royal Navy, as second only to the abysmal Foreign Secretary Edward Grey, as being the key movers to drag Britain into the conflict when the country could otherwise easily have stayed out.

Churchill’s shaping of events converted what otherwise would have been a six-month to one-year victory of Germany against Russia and France with high casualties and lasting changes into something infinitely worse — a four-year death struggle to the ultimate mutual destruction of all.

1914, therefore, set off a chain reaction succession of pathological conflagrations that reduced the civilization of Europe, both material and moral, to a smoking ruin by 1945.

What a difference a century makes

By contrast, precisely a century earlier, the years of 1814-15 ended a quarter century cycle of continent-spanning destruction that had started with the French Revolution in 1789. (Though even that event, properly understood, was set off by the 1786 Free Trade Treaty which France signed with England to its own ruin).

The leaders of the restored great monarchies of Europe started in 1814 their herculean task of restoring political and social stability. That was essential in a Europe that had been ravaged and ruined by a quarter century of war.

At first, this endeavor looked hopeless. When exiled French Emperor Napoleon Bonaparte returned to mainland France on March 20, 1815, the regime that had been set up to succeed him under the Bourbon dynasty of King Louis XVIII quickly collapsed.

Yet, 200 years ago the leaders of the great powers stayed cool. They gathered their military forces, worked in close cooperation and decisively defeated the resurgent Napoleon once and for all at the battle of Waterloo on June 18, 1815.

The crucial military partnership that saved Europe from the maelstrom of catastrophe was between the British Army commanded by Arthur Wellesley, Duke of Wellington, and the Prussian Army led by Field Marshal Gebhard von Blücher.

What a difference another century makes

That pivotal collaboration was all the more significant if one recalls that, a century later, it was the breakdown in trust and communication between Britain and Germany that led to the catastrophic mauling of both great nations and the eventual destruction of both their empires in the early 20th century.

Today, the omens for truly broad and bold international cooperation in Iraq are not good. They are fearful. Just as was the case with Napoleon quickly seizing the reins of France after his return from exile, so it is now in Iraq.

The army of supposedly democratic Iraq is now crumbling before a new wave of Islamist jihadis, who are vastly inferior to the U.S.-trained and equipped regular Iraqi army in number and equipment.

It does not help the overall situation that Europe is exhausted economically and the United States is exhausted militarily.

The importance of constructive compromise

Both Brussels and Washington are furious at Russia over its role in the continuing Ukraine crisis. Meanwhile, China is actively probing about advancing its interests in the South China Sea at the expense of its neighbors, much as Tsarist Russia and Austria-Hungary plotted in the Balkans before and during 1914.

To escape the truly terrible danger of another 1914, the leaders of the G-8 and China today should first heed and fear the dreadful lessons of 1914. Then they should reach back another century before that to learn the crucial lessons of Anglo-German collaboration to defeat Napoleon in 1814.

For this reason, the United States and the European Union need to make the effort to reach out in a new and serious partnership effort with China and Russia, paying attention for once to the grievances and interests of these great nations.

The great victory of Waterloo did not come easily — 100,000 men, about half divided between the British and the French — died there.

And it would still all have been in vain if the leaders of the great powers had not put aside their many differences of politics, ideology, religious faith and culture to meet at the Congress of Vienna starting in September 1814 where they forged a serious peace that lasted for a full century.

The future of the human race today hinges on whether the leaders of our 21st century world choose to follow the examples of the despised and discredited petty men of 1914, or whether they go back to the truly visionary and wise cooperative globalists of 1814-15.

The future of our 21st century world depends on not following the example of the despised and petty men of 1914.

Our best hope in 2014 is for another wave of smart diplomats, like the visionary and cooperative globalists of 1814.

Superpowers that are traditional rivals need to compromise and work together against extremist threats to all.

Britain and Germany need to cooperate with Russia to ensure a European peace, as they did in 1814, but not in 1914.

The future of our 21st century world depends on not following the example of the despised and petty men of 1914.

Our best hope in 2014 is for another wave of smart diplomats, like the visionary and cooperative globalists of 1814.

Superpowers that are traditional rivals need to compromise and work together against extremist threats to all.

Britain and Germany need to cooperate with Russia to ensure a European peace, as they did in 1814, but not in 1914.

The World’s Millionaire Stock Is on the Rise